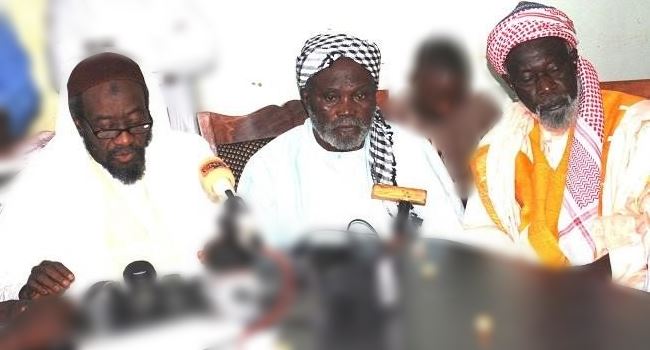 The Kaduna State Chairman of the Christian Association of Nigeria (CAN), Rev. Joseph Hayab, has been accused of politicising the security challenges in the state over his comments on kidnapping of Christians in the state.

The accusation was leveled against Rev. Hayab by the Council of Imams and Ulama in Kaduna State which disagreed with his earlier remarks on the kidnapping of Christians, stating that such remarks are capable of inflaming crisis.

While reacting to the comments during a press conference on Saturday in Kaduna, the Council of Imams through its Secretary, Malam Yusuf Arigasi, described the comments of the CAN leader as divisive and patently false, “especially the claim that kidnappers only abduct Christians in Kaduna State.”

Arigasi said; “For instance, along Birnin Gwari-Kaduna Road alone, between 22nd June and 30th July 2019, over 55 persons have been kidnapped and over 20 persons were killed, including five Nigerian Air Force and Army personnel, according to news reports.

“Specifically, majority of the citizens killed and kidnapped along Birnin Gwari, Giwa, Igabi and Abuja-Kaduna roads and the border towns with Niger, Katsina and Zamfara States have been Muslims.

“However, we never viewed the unfortunate situation from a religious angle. In fact, we have always condemned the act of criminality and have called on the State and Federal Governments to protect the lives and property of all Nigerians, irrespective of where they are or how they worship.

“If we may ask, where was Rev Hayab when on the 24 July 2018, Professor Halima Idris, former Commissioner of Education in Katsina State was killed along Kaduna-Abuja Road by kidnappers? Where was he on 18 September 2017, when Sherrif Abidu Yazid was killed on the same Kaduna-Abuja Road by bandits who also went away with his wife? Even recently, top civil servants from Zamfara State where kidnapped and killed on 16 July 2019 along Kachia-Kaduna road, what did the likes of Rev Hayab say about all these killings?”

“Only yesterday, (Friday) the CAN Chairman also resorted to telling his tall tales on television, by mischievously dressing a security issue as a religious one. In his wild allegation, Hayab claimed that there is a grand design to exterminate Christians and pastors in Kaduna State. This conspiracy theory is already breeding tension in the State. We also have it on good authority that Hayab’s divisive campaign is a ploy to set the stage for bloodshed that is being hatched by the CAN Chairman,” he added.

Recall that Rev. Hayab had recently claimed that over 500 Christians had been kidnapped in the last two years and over N300 million paid as ransom to kidnappers.