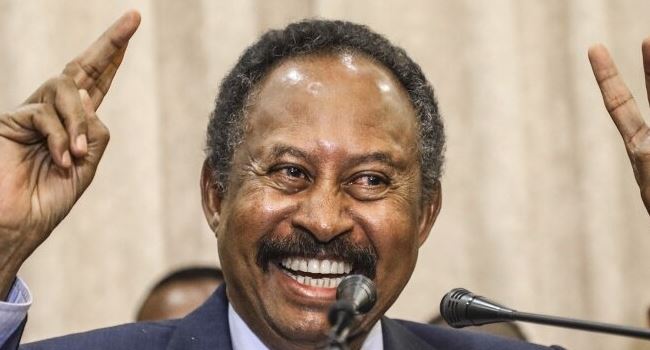 Military forces have taken over the government of Sudan in what appears as a coup, as the Prime Minister, Abdalla Hamdok was arrested and moved to an unknown location on Monday.

Some other members of the government were reported to have also been placed under arrest, the country’s information ministry revealed.

“After he refused to be a part of the coup, a force from the army detained Prime Minister Abdalla Hamdok and took him to an unidentified location,” the ministry said in a statement.

The ilitary forces detained at least five government officials and a large number of pro-government party leaders in the country in the apparent military coup.

Following the development, the country’s main pro-democracy group called on people to take to the streets to counter the military coup.

According to NetBlocks, a group that tracks disruptions across the internet, a “significant disruption” to both fixed-line and mobile internet connections across Sudan was witnessed on Monday morning.

“Metrics corroborate user reports network disruptions appearing consistent with an internet shutdown. The disruption is likely to limit the free flow of information online and news coverage of incidents on the ground,” the advocacy group said.

Also, the Dubai-based al-Arabiya TV channel, said the airport in the country’s capital, Khartoum was shut while international flights were suspended.

Speaking on the development, the country’s information ministry, on its Facebook page said: “joint military forces” had arrested civilian members of the Sovereign Council and members of the government and had taken them to an undisclosed location.

The whereabouts of Hamdok were not immediately clear, amid media reports that security forces were stationed outside his home in Khartoum.

Ayman Khalid, governor of the state capital, Khartoum, was also arrested, according to the official Facebook page of his office.

The arrests followed meetings the U.S. Special Envoy for the Horn of Africa, Jeffrey Feltman, had with Sudanese military and civilian leaders Saturday and Sunday, in efforts to resolve the dispute.

On the official Twitter of the State Department’s Bureau of African Affairs, Feltman had warned that a military takeover would contravene Sudan’s Constitutional Declaration and put U.S. assistance at risk.

Sudan has been on edge since a failed coup plot last month unleashed bitter recriminations between military and civilian groups meant to be sharing power following the 2019 ouster of former leader Omar al-Bashir.

Bashir was toppled and jailed after months of street protests. A political transition agreed after his ouster has seen Sudan emerge from its isolation under three decades of rule by Bashir and was meant to lead to elections by the end of 2023.