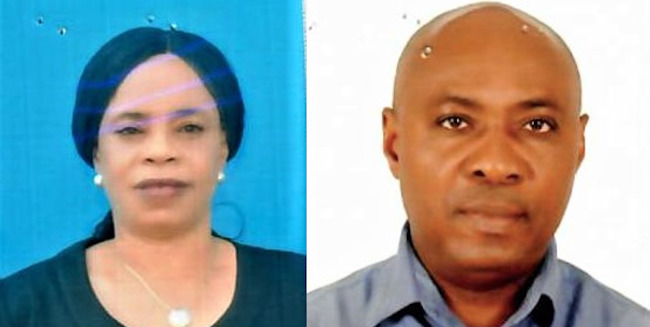 The Economic and Financial Crimes Commission, (EFCC) on Thursday arraigned a couple, Constancia Duk-Oye and Dukwe Oye Titus at the Federal High Court, Enugu, for an alleged N60.5 million fraud.

The couple, according to a statement issued by the EFCC Head of Media and Publicity, Wilson Uwujaren, were arraigned on an 11-count charge of criminal conspiracy to obtain money by false pretence and forgery.

The 1st defendant, who was a former branch manager of Polaris Bank Plc allegedly abused her position by using depositors’ fixed deposit through false representation as collateral to obtain a loan facility for herself and the second and third defendants.

The defendants pleaded ‘not guilty’ when the charges were read out to them.

This prompted the prosecution counsel, F.A.I Asemebo, to ask the court for a date for the commencement of trial.

The defence counsel, Izevbigie Iyebosa, however, informed the court of pending applications for his clients’ bail.

Justice Ibrahim Buba granted the defendants bail in the sum of N100 million Naira each and a surety in like sum.

He said the surety must be resident in Enugu and swear an affidavit of means.

The judge ordered that the defendants be remanded in prison pending the fulfillment of their bail conditions.

He adjourned the case till July 9.