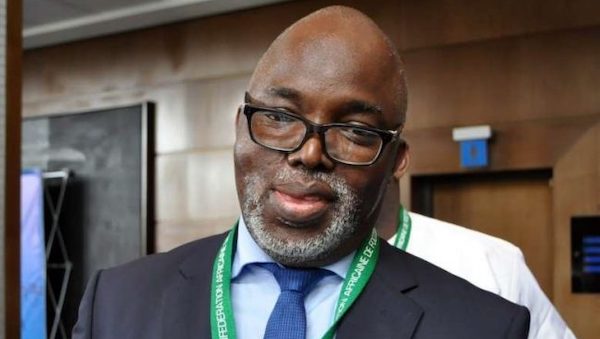 A Federal High Court sitting in Abuja, on Tuesday, discharged and acquitted the President of the Nigeria Football Federation (NFF), Amaju Pinnick, of fraud charges.

Other members of the board of the NFF who were discharged of similar offences by the court were Seyi Akinwunmi (1st Vice President), Shehu Dikko (2nd Vice President), Mohammed Sanusi (General Secretary) and Ahmed Yusuf (Executive Committee member).

The NFF executive committee members were arraigned on 16 –count charge of corruption and misappropriation of the $8.4 million from the 2014 FIFA Grant, and conflict of interest and non-declaration of assets by the defunct Special Presidential Investigation Panel (SPIP) headed by Okon Obono-Obla.

Justice Ijeoma Ojukwu, who dismissed the entire charges, acquitted the NFF chieftains after counsel representing the Attorney-General of the Federation (AGF) and the Minister of Justice applied to withdraw the charges.

The AGF had taken over the case from the office of the SPIP which originally instituted the case against the defendants.

The AGF counsel said it could not proceed with the matter as the proof of evidence could not sustain the charges.

The counsel to the defendants, Mohammed Katu, applied to the court to dismiss the charges and also discharge and acquit the NFF chieftains of the charges.

Katu said that since both anti-graft agencies had withdrawn their cases, there was nothing to further adjudicate on the matter.

“The inquiry is focusing on money generated from the NFF’s official sponsors, domestic league’s television sponsorship and payments from a former kit supplier for all the national teams.

“It also focused on funds provided by federal and state governments for friendly matches involving the Super Eagles and the misappropriation of about $2.7 million from the Financial Assistance Programme of football world governing body, FIFA,” the counsel said.

Justice Ojukwu, thereafter, ruled that she had no option but to discharge and acquit the defendants on all counts and wondered why the case was brought to the court in the first place.