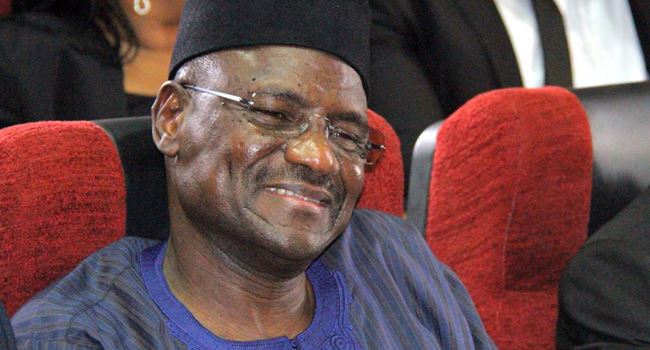 Dikko, who was arraigned by the Economic and Financial Crimes Commission (EFCC) on a seven-count charge of money laundering and procurement fraud, is expected to open his defence on one of the charges on the same day.

The ex-Nigerian Air Force chief, according to a statement sent to Ripples Nigeria by EFCC’s Head of Media and Publicity, Wilson Uwujaren, is being prosecuted by the commission for allegedly laundering N9.7billion.

The anti-graft agency closed its case against Dikko on November 28, 2019.

But instead of opening his defence, the ex-NAF chief filed a no case submission through his counsel, Onyechi Ikpeazu (SAN), claiming that the commission has not proven the charges brought against him and therefore should be let off the hook.

The EFCC counsel, Sylvanus Tahir, opposed the submission and urged the court to throw out the defendant’s application for lack of merit.

Justice Dimgba, who ruled on the ex-NAF chief’s application on Tuesday, held that the prosecution failed to link the defendant to the offence in six out of the seven charges.

The judge said the prosecution acted on suspicion and assumption as it was unable to prove that properties acquired by the defendant were secured with proceeds of estacodes that accrued to him as NAF chief.

He, therefore, discharged and acquitted the defendant on counts 1, 2, 3, 4, 5, and 6 of the charge and adjourned the matter till April 28 and 29 for the defendant to open his defense.