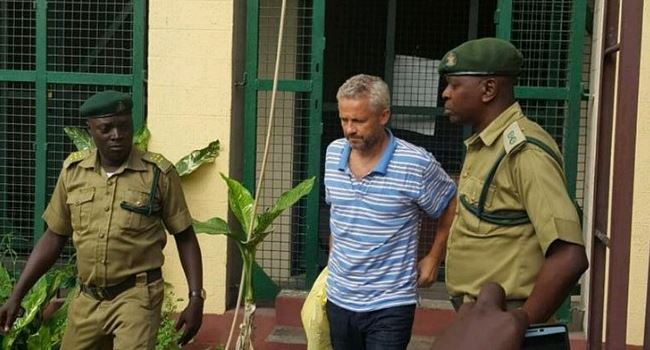 Peter Nielsen, the Danish national accused of murdering his Nigerian musician wife, Zainab Alizee Nielsen, and their daughter, Petra Nielson will appear in court again on May 10.

The case was adjourned by the Lagos High Court sitting in the Igbosere area to the said date to allow the suspect time to examine new DNA evidence brought against him by the Lagos State Government.

Shasore, a former Lagos Attorney-General and Commissioner for Justice, had accused the state of swamping the defence with “a bundle of papers” and a flash drive containing “almost 100 pages of scientific analysis” only a day before the court date.

At the last hearing, the state obtained an adjournment to enable it to secure its final witness, a forensic expert, and serve other “information that is very essential” to the defence.

However, Shasore informed the court that the state had not kept its word about the date it promised to serve the new information.

Shashore said: “We were served, contrary to the undertaking, on Friday, 25th of March, at 3:35pm, with a bundle of papers containing two new documents, and, crucially, my lord, a brand new DNA report. A new report containing DNA analysis.

“The report is styled ‘Forensic DNA superseding report’. It concerns matters that occurred almost a year ago. The defendant was arraigned in this court in June 2018, a period of almost nine months.

“The state has prepared two DNA forensic reports, from which we prepared our defence. My lord, we are greatly prejudiced, that on the eve of the testimony of a forensic expert, the state will introduce new evidence without availing us of the opportunity to consider expert advice on this. A report that seeks to discountenance all we’ve done for the last nine months.

“We are disappointed at the conduct of the state, for putting us in this state. We are hereby applying for an adjournment, based on these, and we are at great pains to do so.

“To compound this, the state served us a flash drive containing detailed DNA analysis, almost 100 pages of scientific analysis.

“We are at great pains to seek this adjournment because we are anxious that the defendant will be set free.”

Peter Nielsen is accused of murdering his wife Zainab Alizee and their daughter Petra at their home located at 4, Flat 17, Bella Vista Tower, Banana Island Ikoyi.

However, Nielsen has denied all the charges leveled against him.