Court adjourns trial of ex-minister, others over alleged N450m from Diezani | Ripples Nigeria 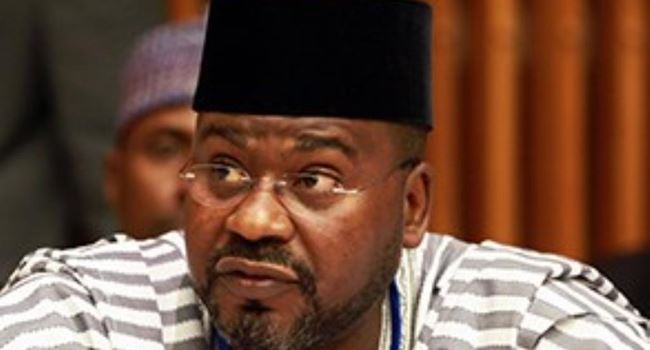 The money laundering trial of a former Minister of State for Power, Muhammad Wakil and four others was on Wednesday adjourned till February 4, 2021 by Justice J.K Dagad of the Federal High Court sitting in Maiduguri, Borno State.

The Economic and Financial Crimes Commission (EFCC) is prosecuting the defendants for alleged receiving the sum of N450 million, being part of the $115 million disbursed by a former minister of petroleum resources, Diezani Alison-Madueke to influence the outcome of the 2015 presidential election.

One of the charges read, “That you, Hon. Muhammad Wakil, Garba Abacha, Ibrahim Shehu Birma, Dr. Abubakar Ali Kullima and Engr. Muhammad Baba Kachalla on or about the 26th day of March, 2015 at Maiduguri, Borno State within the jurisdiction of this Honourable Court, did agree among yourselves to do an illegal act, to wit: conspiracy to commit money laundering and thereby committed an offence contrary to and punishable under section 18(a) of the Money Laundering (Prohibition) Act, 2011 (as amended)”.

The defendants were first arraigned before Justice M.T Salihu on July 2, 2018. But his retirement from the bench, necessitated the re-assignment of the case to a new judge.

When the matter was called on Wednesday (today), the Court Registrar presented a letter from Nankham Ayuba Dammo, counsel to the first, second, and fourth defendants, wherein he informed the court that he was indisposed and asked for adjournment on the ground of ill-health.

Counsel to the fifth defendant Z. Hamza also sent a letter asking for adjournment due to the fact that he was appearing in another matter before the Appeal Court, Gombe.

However, prosecuting counsel, Fatsuma Muhammad objected to the letter sent by counsel to the fifth defendant on the ground that no hearing notice from the Gombe Division of the Court of Appeal was attached. He thereby urged the court to discountenance his application.

After listening to counsel, Justice Dagad adjourned the case till February 4, 2021.

Related Topics:EFCCfraudMuhammad Wakil
Up Next