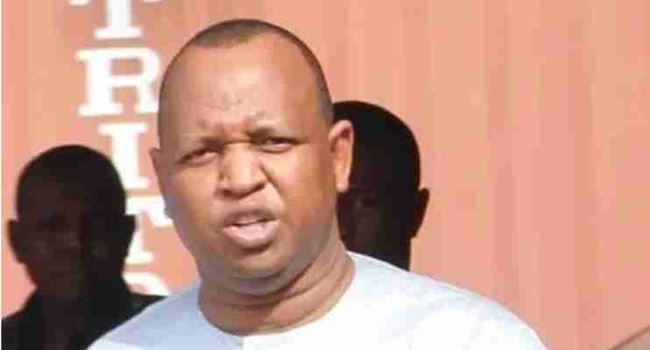 An extrajudicial statement is an out-of-court utterance which can be either written or oral.

The EFCC had accused Babalele of allegedly laundering about $140,000 in the build-up to the last general elections.

The defendant was first arraigned on August 14, during the court’s long vacation before Justice Nicholas Oweibo, who sat as a vacation judge.

He had pleaded not guilty to the charge and was granted bail in the sum of N20 million with one surety in like sum.

After the court’s resumption, however, the case file was re-assigned to a new judge, Justice Chukwujekwu Aneke and the defendant was re-arraigned on October 8

He had also pleaded not guilty to the charges and was allowed to continue on the earlier bail.

At the last adjourned date, the prosecution opened its case and called its first witness, Garba, a clearing agent, and friend to the defendant.

In his chief examination directed by the prosecution counsel, Rotimi Oyedepo, the witness had testified how he delivered the naira equivalent of the $140,000 to former President Olusegun Obasanjo, following the defendant’s instructions.

But, under cross-examination by the defence counsel, Chief Mike Ozekhome (SAN), the defendant affirmed that he wrote statements at the EFCC’s office during investigation.

When Ozekhome sought to tender one of his statements as an exhibit, the prosecution raised objection on the tendering and admissibility of an extrajudicial statement of a witness, citing the case of Okeke Vs State.

The court had then adjourned for a ruling.

In his ruling on Wednesday, Justice Aneke, agreed with the submission of the prosecution on the admissibility of such document, with an addendum, that same could only be admissible, where the proper foundation is laid.
The court then held that the defence was at liberty to lay the required foundation if it so desired.