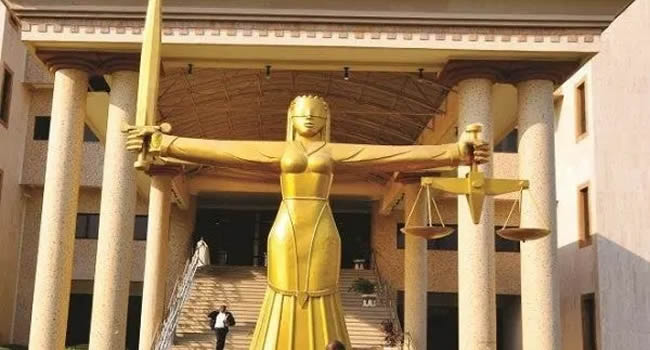 The Federal High Court, Bauchi, on Saturday awarded N210 million compensation to three victims of police brutality in the state.

Justice Hassan Dikko held that two of the victims – Ibrahim Babangida and Ibrahim Sama’Ila – were tortured to death by the police after they were accused of stealing 24 chickens belonging to a retired police officer.

He awarded the sum of N100 million each to the families of the deceased as compensation.

The third victim, Abdulwahab Bello, was awarded N10 million for brutality, senseless arrest, and torture by the police.

The three victims were accused of stealing chickens by the retired police officer on July 21, 2020.

They were arrested and detained at the Township Division “A” Police Station in Bauchi.

According to Bello, one Superintendent Baba Ali, who was the Divisional Police Officer (DPO) at the time, used a pestle to torture him and his two friends who died as a result of the brutality.

He said: “The DPO hit Ibrahim continuously until his last breath.”

Bello and families of the deceased persons later filed a suit at the Federal High Court in Bauchi.

Listed as respondents are one officer simply identified as Ali, Sgt. Jibrin Mohammed, the Commissioner of Police in Bauchi, the Inspector- General of Police, and the Police Service Commission.