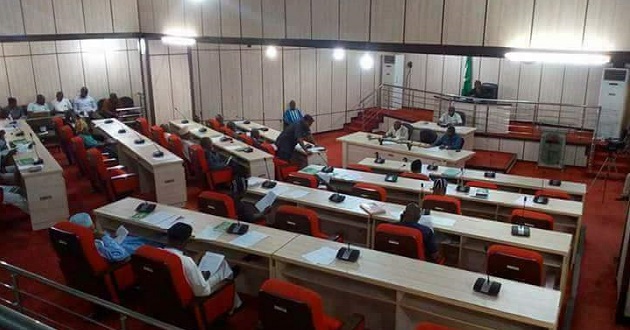 The judicial ding dong going on in Benue State House of Assembly continued on Monday, as a Benue State High Court sitting in Makurdi has stopped the new Speaker of the Assembly, Titus Uba and other principal officials from parading themselves as such.

The court, precided over by Justice Theresha Igoche, also restrained them from entering the Assembly complex or sitting.

It will be recalled that Justice Igoche had also restrained the former speaker, Terkibir Inyange and his principal officials, who are the plaintiffs in this suit, from parading themselves as speaker and principal officials of the Assembly.

Justice Igoche also ordered that impeachment proceeding initiated by Inyange and his group be suspended.

Justice Igoche made the order in a motion ex-parte brought by the impeached Speaker, Terkibir Ikyange, saying “the order is made in the overall interest of justice.”

“This court takes judicial notice of the order of interim injunction made against the plaintiffs/applicants in suit No. MHC/259/18.

“It is similar to the relief being sought here. It is my view that it is necessary for the purpose of averting any danger that may be caused and to avoid any breach of the peace.

“This order is made in the overall interest of justice,” Justice Igoche added.