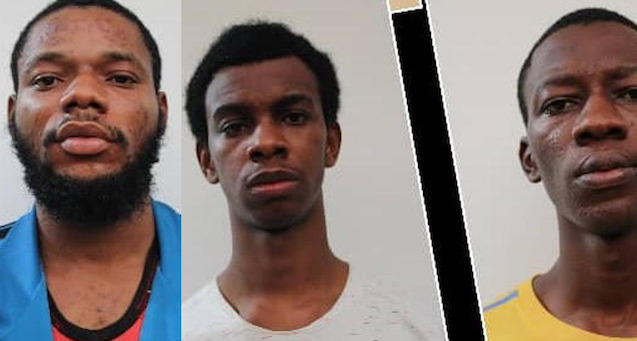 They pleaded guilty to the charge.

The judge sentenced them to six months imprisonment each with the option of various fines.

She ordered the convicts to restitute their victims and forfeit the instruments used in committing the crime to the Federal Government.

The EFCC’s Head of Media and Publicity, Wilson Uwujaren, who disclosed this in a statement, said Ndu was arrested on October 29 at World Bank Housing Estate, Umuahia, Abia State.

He added that Ndu criminally presented himself as Shinkin Nurul and defrauded his victim of the sum of $1750, using a fictitious cryptocurrency investment platform, Treasure – Firm.com.

The statement read: “Chiagozie was ordered to restitute $400 to his victim. He fraudulently presented himself as Diego Carlos, an American on Instagram, and defrauded a Taiwanese woman of the sum of $400.

“Oluebube defrauded a Thai woman, using an online google translator which he used to translate from Thai language to English with a fictitious name (NG Okpara), was ordered to return N100, 000 to his victim.”