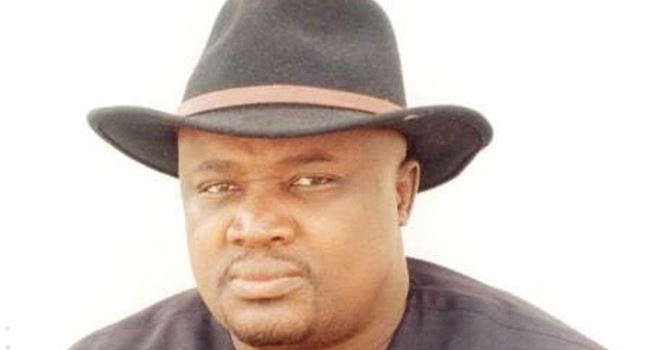 The All Progressives Congress (APC) candidate in Bayelsa West senatorial district by-election, Peremobowei Ebebi, has been disqualified from the exercise over document forgery.

Ebebi was disqualified from the forthcoming poll by a Federal High Court sitting in Yenagoa, the Bayelsa State capital on Wednesday.

Justice Jane Inyang gave the judgment while ruling on a case of forgery filed by Richman Samuel, a former director of domestic matters, Government House, Yenagoa against Ebebi.

Samuel had told the court that the academic credentials and voter’s card the APC candidate submitted to the Independent National Electoral Commission (INEC) for the by-election were forged documents.

The judge in her ruling held that the voter’s card the APC candidate submitted to INEC “bears a different age and, therefore, contradicts other of his documents and his filed INEC forms.”

Consequently, the court upheld Samuel’s prayers and declared Ebebi ineligible to take part in the by-election.

Its not clear yet if Ebebi will appeal the case as he was yet to react at the the time this report was filed.

APC had won the November 2019 governorship election in Bayelsa but lost it to the People Democratic Party (PDP) at the Supreme Court due to certificate forgery.

Naira weakens against dollar on black market amid liquidity drop