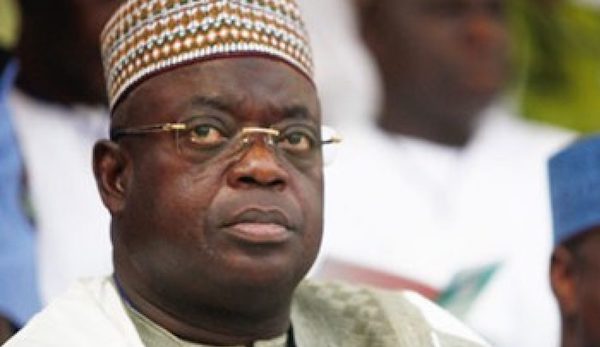 Aliyu is facing prosecution by the Economic and Financial Crimes Commission (EFCC) alongside his then chief of staff, Umar Nasko and the chairman, Niger State chapter of the Peoples Democratic Party (PDP), Barrister Tanko Beji on amended seven-count charge, bordering on money laundering and criminal breach of trust to the tune of N2 billion.

Recall that Aliyu’s case was relisted for hearing on September 14, 2020, and the defendants re-arraigned on the same date, with the matter adjourned till Monday September 21, 2020, for commencement of trial.

The relisting was sought by EFCC following the striking out of the case by the court in favour of the defendants on February 10, 2020.

At today’s hearing, prosecution counsel, Faruk Abdullahi, informed the court that the prosecution was ready for trial as approved by the court on the arraignment date of September 14, 2020, which was opposed by counsel to the third defendant, Mamman Mike Osman (SAN) on the ground that Section 14 of the EFCC Establishment Act, provides for a pre-trial protocol as a pre-condition for the hearing of the commission’s cases, adding that the failure to submit pre-trial evidence made the trial unripe for hearing.

“It is my final submission that this matter is not ripe for hearing,” Osman said.

Abdullahi, however, expressed dismay that the defence counsel challenged the trial commencement, reminding the court that the case was adjourned for trial, today, September 21, 2020 following the arraignment of the defendants on September 14, 2020.

He further noted that the court with the consent of all the counsels on that date, urged the prosecution to open its case.

Abdullahi therefore, urged the court to go ahead with the hearing of the case as agreed by all the counsels on September 14, 2020.

“I am mindful of the fact that the defendants are entitled to know the witnesses and to have an idea of the document tendered. The prosecution has furnished the defendants copies of materials in volumes of document to rely on, also the list of witnesses, summary of their statements and extra judicial statements.

“The justice of the case demands that we proceed with the trial, the spirit of trial protocol has been approved by the court, and the court set the case down for trial,” Abdullahi said.

Justice Abdullahi, however, adjourned the matter till October 14, 2020, for pre-trial.