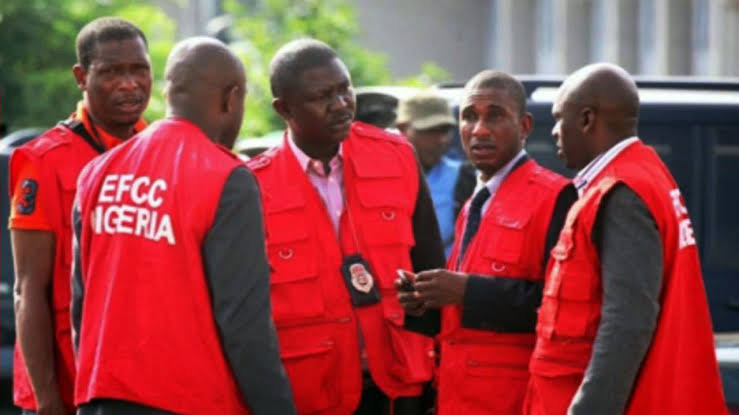 Justice C.A. Balogun of a Lagos State High Court sitting in Ikeja, on Tuesday adjourned till February 23, 2021 to rule on the admissibility or otherwise of a set of two documents, which the Economic and Financial Crimes Commission (EFCC) seeks to tender against Abubakar Ali Peters, and his company, Nadabo Energy.

Peters and his company are being prosecuted by the EFCC for allegedly using forged documents to obtain N1,464,961,978.24 from the Federal Government as oil subsidy after allegedly inflating the quantity of premium motor spirit, PMS purportedly supplied to 14,000MT.

They pleaded “not guilty” to the charge preferred against them.
The fifth prosecution witness, Abdulrasheed Bawa, an EFCC investigator, who is also the newly appointed chairman of the commission, identified the two documents as email correspondence between him and Ullrich Afini Awani of Global Commodities Africa and the Certificate of Identification.

Led in evidence by prosecuting counsel, S.K. Atteh, the witness told the Court that in the course of investigating the allegation against the defendant, Awani was interviewed and he confirmed that “one Mr. Jide Ofor Akpan was the broker of the said vessel during the said transaction”.

Subsequently, Bawa further engaged Awani through email correspondence, which the prosecution now applied to be admitted against the defendant.

When Atteh, however, sought to tender the documents, the defence raised objections to its admissibility arguing that the said email correspondence was not in the proof of evidence and that the witness ought to orally authenticate the process.

Responding, Atteh informed the Court that the said email correspondence was in fact, filed as additional proof of evidence against the defendant.

“The email correspondence sought to be tendered were filed as additional proof of evidence in an amended information dated 22nd November 2013,” he said, as he showed a copy to the defence.

On the contention raised against the Certificate, Atteh cited several authorities, and argued that “the Certificate is in order and it suffices and so doesn’t need anything to be added to it”.

Thereafter, Justice Balogun adjourned for ruling and continuation of hearing.