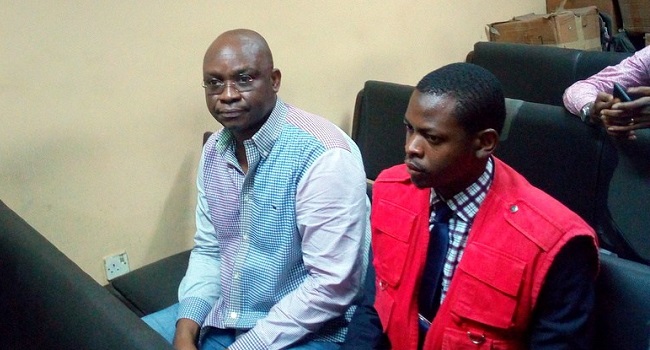 Fayose was granted bail on Wednesday morning in the sum of N50 million, in a sitting of the court that lasted not more than 30 minutes.

The court also demanded that he provide a surety who must have landed property in Lagos and three-year tax clearance in the state.

The Economic and Financial Crimes Commission (EFCC) is prosecuting Fayose on 11-count charges bothering on corruption before Justice Mojisola Olatoregun.

Among the charges prefered against the governor is the allegation that he received N1.3 billion illegally from the office of the former National SecurityAdviser (NSA), Sambo Dasuki, in 2014 to fund his governorship election.

Fayose, had visited EFCC office on October 16, hours after his tenure and immunity expired as governor.

The anti-graft agency, which kept him back in its custody had on Monday, October 22, arraigned Fayose before the court.

After the governor pleaded not guilty to the charges levelled against him, Justice Olatoregun had fixed today (Wednesday) to rule on the governor’s bail application.

The embattled governor wore a smile as he arrived the court premises around 9:am, escorted by armed security operatives and officials of the EFCC.