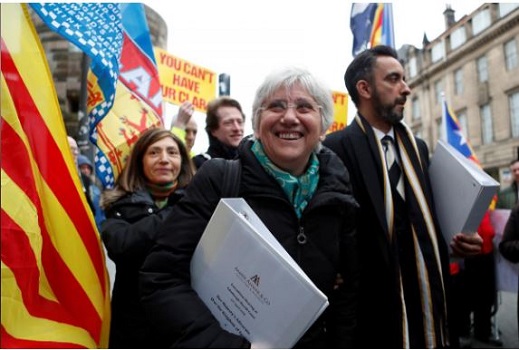 Recall that the trio fled Spain after a warrant for their arrest was issued and charges of rebellion and misuse of public funds were levelled against them due to their involvement in a regional declaration of independence in October.

In April, a German court also rejected an extradition request for Catalonia’s former leader Carles Puigdemont on the charge of rebellion for his role in the campaign for the region’s independence.

Puidgemont’s was earlier arrested in Germany after fresh legal action was slammed against separatist politicians from the wealthy north-eastern region and it came after a Spanish High Court detained five Catalan politicians for their role in the region’s secessionist bid.