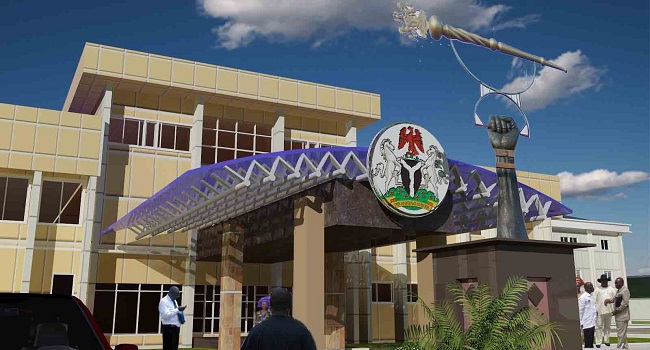 A High Court in the Federal Capital Territory (FCT) Abuja, on Thursday, issued an arrest warrant against the Deputy Speaker of the Imo State House of Assembly, Amarachi Chyna Iwuanyanwu, over his involvement in an alleged N75m fraud.

The arrest warrant which was issued by the presiding judge, Justice Charles Agbaza, also directed the Commander of the Intelligence Response Team (IRT) of the Nigeria Police Force (NPF) headquarters, Abuja, to execute the arrest warrant with immediate effect.

Justice Agbaza said he was forced to issue the arrest warrant following Iwuanyanwu’s repeated failure to appear in court to answer to the four-count charge filed against him by the Inspector General of Police (IGP).

In the charge marked: CR/230/201, which was presented before the court, Iwuanyanwu and his firm, Sungold Estate Ltd, were alleged to have defrauded Wanogan Farm Ltd to the tune of N75 million by “allegedly making dishonest and fraudulent claims in respect of a property known as Heroes Place, Plot 145, Adetokunbo Ademola Crescent, Wuse 2, Abuja.”

At the mention of the case yesterday, the Imo Deputy Speaker was, yet again, absent in court which drew the anger of the judge who promptly issued the arrest warrant.

However, Iwuanyanwu’s lawyer, Nabal Ominigbo, apologised for his absence, claiming that his client was suffering from some health challenges, but could not present any medical report to support his claim when the judge requested for it.