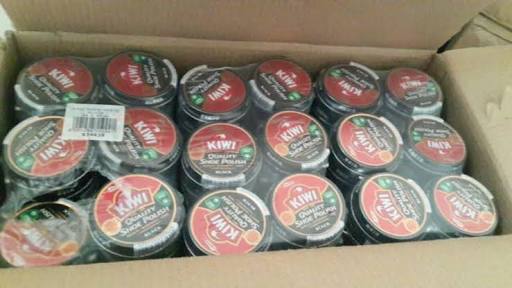 The Standards Organisation of Nigeria (SON) has been ordered by a Federal High Court in Awka, Anambra State, to destroy N42 million worth of fake shoe polish by burning.

About 1,600 tins of the fake polish were confiscated from some marketers in markets in Onitsha.

The court presided over by Justice I. B. Gafai, not only directed the destruction of the fake polish, but also ordered the seizure of the importers’ property and awarded N2 million against them.

He described the act as a great economic sabotage, saying it was an infringement on the trademark of registered owners of the product.

He applauded the chairman of Asco Investments, Chief Sam Anyanwutaku, for his commitment to get rid of fake products in the markets.

On his part, Anyanwutaku applauded the judiciary, security agencies and the foreign manufacturers of the polish.

He said they supported his company’s efforts to rid the country of fake polish.