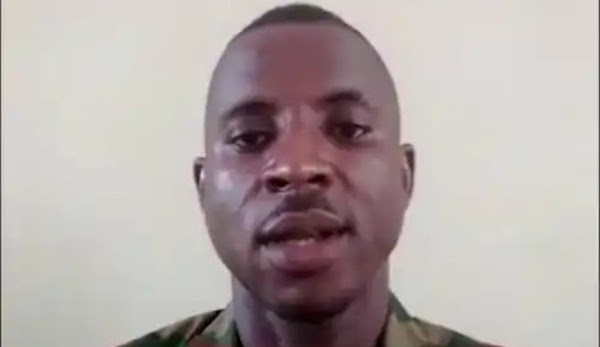 The judge gave the order after Martins’ lawyer, Tope Akinyode argued a motion exparte for the order.

She adjourned the hearing on the application for the soldier’s release till October 6.

Idakpein, who is from the 8 Division, Nigerian Army, Sokoto, was arrested on June 23 for criticising the Chief of Army Staff, Lt. Gen. Tukur Buratai, and other service chiefs over the handling of the Boko Haram insurgency in the country.

He was arrested and moved from Sokoto to Abuja. His wife, Victoria, was also arrested after she called for the release of her husband in a media interview.

However, the woman had since been released after several individuals and groups intervened in the matter.

The lawyer confirmed the court’s directive to the army in a statement.

Akinyode said: “Recall that when Lance Corporal Martins and his wife were arrested, I vowed that the illegal arrest and detention would be challenged in court. Mrs. Victoria was released afterwards but her husband is still in detention and has not been able to see his family or lawyer.

“Justice Chikere agreed with me that the inability of Lance Corporal Martins to see his relatives and lawyer is a continuous violation of his fundamental human right.

“Mandating the Nigerian Army to immediately grant Lance Corporal Martins access to his lawyer and family, the court also prohibited the army from further violating the soldier’s fundamental human rights in any unlawful manner.”

“Today’s ruling is a landmark progress in the fight to get justice for Lance Corporal Martins and his wife. Tomorrow, 23rd July will make it exactly one month that the victimised soldier has been arrested without any opportunity for him to reach his wife lawyer or any relative.

“It is unfortunate that the army is lending itself to the violation of citizens’ fundamental human rights. This must stop.

“We have resolved to drive the cases to a fruitful conclusion and with the emerging information that we’ve obtained concerning Mrs Victoria Idakpini, we shall be asking the court for a multi-million compensation for the brutal violation of her fundamental human rights.”