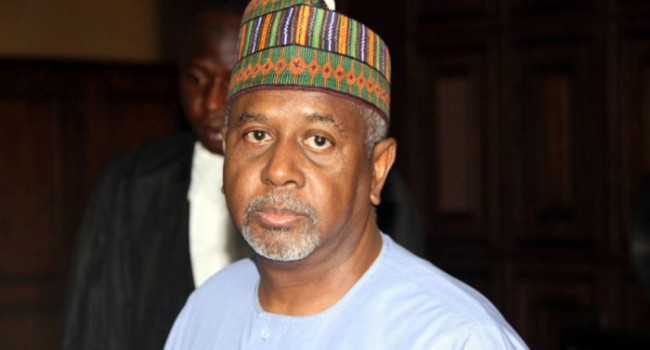 The judge gave the order while ruling on an application filed by Dasuki’s lawyer, Ahmed Raji.

The ex-NSA, who was released from detention in December last year, was arraigned by the Economic and Financial Crimes Commission (EFCC) over his alleged involvement in arms procurement scam during ex-President Goodluck Jonathan’s administration.

He was arraigned alongside a former Minister of State for Finance, Bashir Yuguda; a former Sokoto State governor, Attahiru Bafarawa; his son, Sagir, and his company, Dalhatu Investment Limited.

He is also standing trial for illegal possession of firearms at the Federal High Court, Abuja.

The counsel had requested for the release of the passport, which has expired, for it to be renewed.

During Wednesday’s proceeding, Raji told the court that the matter had been adjourned till Wednesday for hearing on his client’s application.

He said the application was filed on February 11 and has 16 paragraph affidavits in support of it.

According to him, the application was not opposed by the prosecution because there was no counter-affidavit.

The EFCC lawyer, Oluwaleke Atolagbe, said, “in respect to relief one, the prosecution has no objection.”

Ruling on the application, the judge said since the request was not opposed by the prosecution, it would be wise to grant the request

Justice Baba-Yusuf ordered the registrar of the court to releases the document to Dasuki for renewal, having become expired since the court took its custody.

He adjourned the matter till March 13 for the continuation of trial.

Related Topics:DasukiDasuki’s passport
Up Next