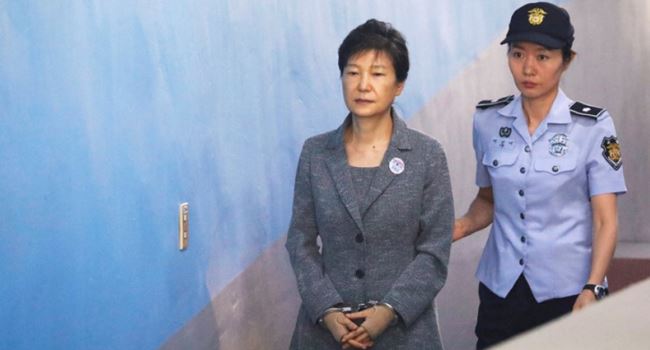 A court in South Korea has ordered the reopening of a bribery case involving first female president, Park Geun-hye by ordering a separate trial which could increase her already long prison term.

Recall that an appellate court had earlier sentenced Park to 25 years in prison over bribery, extortion, abuse of power and other charges.

That sentence was an extension of a 24-year prison term set by a district court after she was impeached by lawmakers in December 2016 and officially removed from office in March 2017 over the scandal that triggered months of street rallies.

Park was also convicted of colluding with a longtime confidante to take millions of dollars in bribes and extortion from businesses, including Samsung, while she was in office from 2013 to 2016.