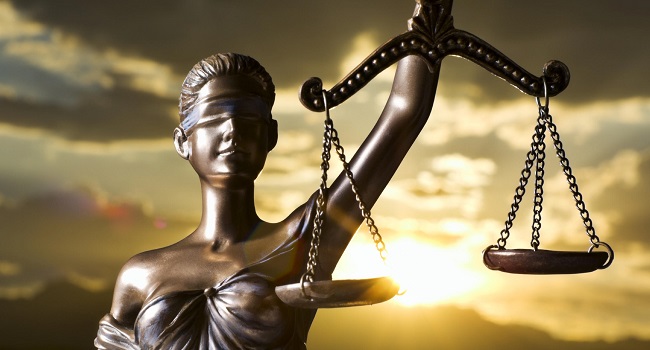 The proprietress of Cendom International Nursery and Primary School, Olodi-Apapa, Uche Owen, on Wednesday was ordered to pay N25 million as compensation to a pupil who his sight while being flogged for owing school fee.

The order was given by Justice Yetunde Idowu of the Lagos State High Court in Ikeja, on behalf of the five-year-old pupil of the school, Destiny Kalu.

Destiny’s father, Inyima Kalu, had in 2013 sued Owen and a teacher in the school, Uduak Sam, for inflicting severe injuries on his sons’s right eye through flogging over non-payment of school fees.

According to Destiny’s statement, on June 20, 2011, Owen came to his classroom and flogged all the pupils who had not paid their school fees.

He added that his right eye was covered in blood and he was left in tears for several hours without being attended to.

It was learnt that the right eye was operated on without success at LUTH after the doctor’s report revealed that it was permanently damaged and could not perceive light.

However, in her statement to the police, Uduak confessed to flogging the pupil on the instructions of Owen, while the proprietress denied being responsible for the injuries sustained by Destiny.

Justice Idowu who delivered judgement on Wednesday, held that the two defendants were liable for the permanent injury sustained by the pupil and ordered the school owner to pay N25m to the victim as compensation.