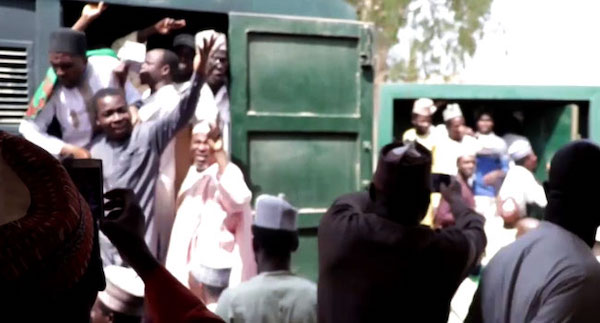 A Kaduna High Court on Friday release 87 members of the Islamic Movement of Nigeria (IMN) accused of killing a soldier following clashes with troops in the convoy of the Chief of Army Staff, Lt. Gen. Tukur Buratai, in December 2015.

A lawyer representing the Shiite group, Haruna Magashi, told journalists the court discharged and acquitted the members for lack of evidence linking them to the death of the soldier during the bloody encounter in Zaria, Kaduna.

The IMN Leader, Ibrahim Zakzaky, and his wife, Zeenat, have been in the Department of State Service (DSS) custody since the incident.

They have arraigned by the DSS on “culpable homicide” and the agency has refused to release them despite previous court rulings ordering their release.

Over 100 detained members of the group were released in two batches last year after they were acquitted by the court.

However, the lawyer said he would continue to push for the release of the Shiite leader and his wife.

“We will now focus our attention on the trial of Sheikh Ibrahim Zakzaky,” he said.