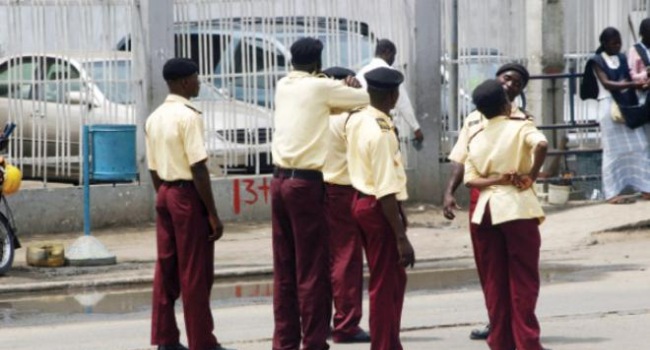 Driver of a commercial bus popularly called ‘danfo’ was on Thursday, remanded at the Potoki Custodial Centre in the Obafemi-Owode area of Ogun State by a magistrates’ court for allegedly assaulting officials of the Lagos State Traffic Management Authority (LASTMA) with faeces.

The driver was dragged to the court after he allegedly stripped naked and assaulted the LASTMA officials while trying to prevent them from seizing his vehicle for driving against traffic.

The spokesman for the traffic agency, Olumide Filade, who confirmed the development, disclosed that the suspect who was arrested on July 4 and arraigned before a magistrate’s court, was remanded till August 2022.

“The driver has been arraigned at a magistrate’s court, where he was asked to be remanded at the Potoki Custodial Centre until August when his case would come up again.

“He attacked officials of the agency with faeces and prevented them from carrying out their legitimate duties.

“This only goes to show that the law will not spare any violator, however unruly you are. All LASTMA is advocating is voluntary compliance,” Filade said.