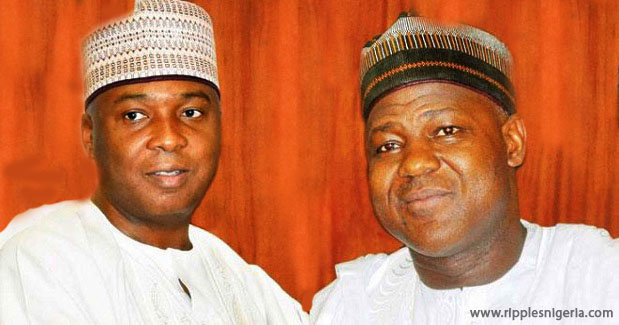 A Federal High Court in Abuja has ruled that the National Assembly lacks powers to investigate criminal allegations, indict or absolve anyone of crime.

In a ruling on Tuesday, Justice Gabriel Kolawole, declared as null and void the practice of the National Assembly to investigate criminal allegations involving individuals.

Kolawole said law enforcement agents and the executive have the powers to handle such issues.

The case with suit number FHC/ABJ/CS/163/2009 was filed by Festus Keyamo (SAN), against the House or Representatives.

Keyamo’s legal action was propelled by the silence of the House of Representatives over a news story in a national newspaper in 2008 which indicted the leadership of the house in a shady car deal of 380 units of Peugeot automobile.

Dimeji Bankole, former speaker of the house, reportedly responded to Keyamo’s letter demanding for an open response to the allegations, and referred the matter to the house committee on ethics and privileges.

In its recommendation, the committee faulted Keyamo’s letter, saying the allegations were baseless, while the speaker was absolved of any wrongdoing.

Read Also: Not time to smile! Saraki’s 6 ‘sins’ that may yet nail him

The committee reportedly called on the inspector-general of police and other relevant security agencies to investigate how the annexures/documents attached to Keyamo’s letter were obtained.

Keyamo had approached the court that the resolution of the House of Representatives exceeded its powers as prescribed by the 1999 constitution and other relevant laws.

The judgement read, “That by virtue of Section 88 of the 1999 constitution of the Federal Republic of Nigeria, as amended, or any other extant legislation, the national assembly is not constitutionally or legally empowered to investigate criminal allegations and absolve or indict any individual of those allegations.

“That the house of representative’s resolution dated 3rd of March, 2009 to the effect that certain annexures attached toKeyamo’s letter dated October 19, 2008 and addressed to Hon. Dimeji Bankole (who was then the Honourable Speaker, House of Representatives, Federal Republic of Nigeria), are faulty and baseless, to the extent that it absolves certain of its principal officers and management from criminal allegations made against them, and accuses Keyamo of unwholesome conduct, is null, void and of no effect.

“That by virtue of Section 88 of the 1999 constitution of Nigeria as amended and any other extant law, the national assembly is not constitutionally or legally empowered to make recommendations or pass any resolution concerning the conduct of any person, including Keyamo.

“The resolution of the house of representatives dated 3rd of March, 2009 especially as it concerns the conduct of Keyamo is null and void.

“The Nigerian police and the Department of State Services are restrained from compulsorily giving effect to the resolution of the House of Representatives dated 3rd of March, 2009 as it concerns Keyamo.”

2019: Buhari supporters willing to sell their possessions to fund his reelection— Keyamo