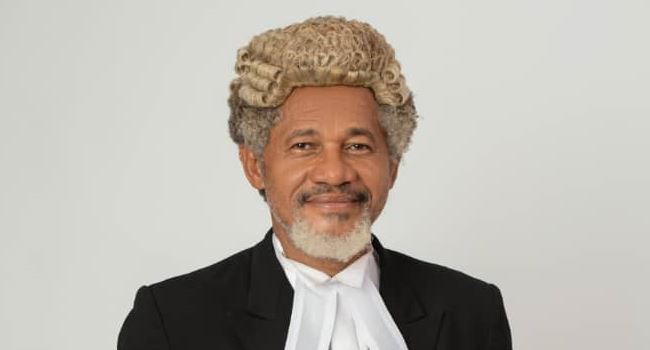 A Federal High Court in Lagos on Monday, fixed March 15 to hear a suit challenging the ongoing process of linking the National Identification Number (NIN) with Mobile telephone lines.

The court presided by Justice Mohammed Liman, also ordered service of hearing notices on respondents to the suit

The applicant, Mr Malcolm Omirhobo had sued the National Identity Management Commission (NIMC) alongside others over the instruction on citizens to link their NIN within a stipulated time frame.

Joined as respondents in the suit are the Attorney General of the Federation, Minister of Communications and Digital Economy; Nigeria Communications Commission (NCC); the DG NIMC, and the National Information Technology Development Agency (NITDA).

The applicant who is suing for himself and on behalf of the Nigerian public had brought his suit under the provisions of the fundamental rights enforcement rules enshrined in the 1999 constitution.

At the first mention of the case on February 1, the plaintiff had told the court that in the midst of the prevailing Covid 19 pandemic it was too risky to proceed with the registration, adding that further steps should be stopped, pending the determination of the suit.

Justice Mohammed Liman had consequently, ordered that all parties to the suit be served with the court processes and put on notice, while he fixed Feb. 15, to hear both the motion for an interlocutory injunction as well as the substantive suit.

On February 15, the case was adjourned until February 22 as the court did not sit.

When the case was called on Monday, Mr Peter Okoroani announced an appearance for the applicant and informed the court that parties had been served with the court processes.

However, since there was no proof of service of hearing notices in the court’s file, the court directed that parties be duly served with notices, and adjourned the case until March 15 for hearing.

The plaintiff wants the court to declare that Nigerians are entitled to the fundamental right to life, the dignity of human person, right to private and family life, freedom of expression, freedom of peaceful assembly and association, and the right to moveable property.

The lawyer is asking the court to declare that the respondents’ coercion of the applicant and Nigerians without themselves first complying with the COVID-19 guidelines is a violation of the fundamental right to life of Nigerians.

According to him, the threat by the respondents to disconnect the telephone lines of Nigerians, who fail to link their NIN to their SIM cards within a timeline is a violation of the fundamental right to life of the applicant and Nigerians.

He argued that the directive led millions of Nigerians besieging the various NIMC offices nationwide in breach of COVID-19 protocols, while trying to comply with the said directives and in the process exposed themselves to the likelihood of contracting Coronavirus.

Omirhobo, therefore, prays the court to declare such decisions illegal, unlawful, and unconstitutional.