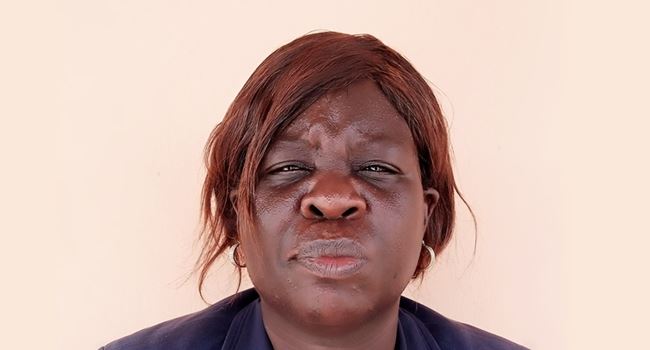 A former staff of First Bank of Nigeria Limited, Oreoluwa Adesakin, has been handed a cumulative 98 years in prison by Justice Muniru Olagunju of the Oyo State High Court for fraud.

Adesakin, female, was found to have committed financial fraud against her employers to the tune of N49.3 million and an additional $368,203 belonging to the bank which she converted to her personal use.

A statement by Wilson Uwujaren, Head Media and Publicity, Economic and Financial Crimes Commission (EFCC) on Tuesday, said the woman was handed the jail term on Monday, September 28.

He said the convict was prosecuted by the Ibadan zonal office of the EFCC on 14-count charges, bordering on stealing, forgery and fraudulent accounting.

One of the charges read: “That you Oreoluwa Adesakin sometime between the months of May, 2013 and November, 2013, at Ibadan within the Ibadan Judicial Division, whilst being a staff of First Bank PLC stole the sum of N25,974,116.13 (Twenty Five Million, Nine Hundred and Seventy Four Thousand, One Hundred and Sixteen Naira, Thirteen Kobo) from First Bank PLC MoneyGram Payment Naira Account, property of First bank PLC.”

She pleaded not guilty to all the charges, which necessitated her trial.

Prosecution counsel, Usman Murtala in arguing his case, presented documents and witnesses which nailed the convict.

The judge noted that the EFCC amassed a pool of incontrovertible evidence against the convict and did a diligent investigation and prosecution. He pronounced Adesakin guilty of all the charges, sentencing her to seven years in prison without an option of fine on each of the 14 counts, which will run concurrently.

Apart from the jail term, the convict is also to restitute First Bank, through the EFCC, all the money she stole.

The convict was first arraigned on April 4, 2014 by the EFCC following conclusion of investigations against her which arose from a petition from her former employer, dated December 18, 2013.

The bank alleged in the petition that Adesakin, as its Money Transfer Operator, saddled with the responsibility of effecting payments through Western Union Money Transfer and Money Gram platforms, fraudulently manipulated accounting and withdrew the total sums of N49,320,652.32 and another $368,203.00 for herself, which the bank only uncovered while reviewing its internal account.

The EFCC was also able to establish that the convict used part of the proceeds of her crime to acquire landed properties in different parts of Oyo State.

Related Topics:EFCCFirst Bank
Up Next