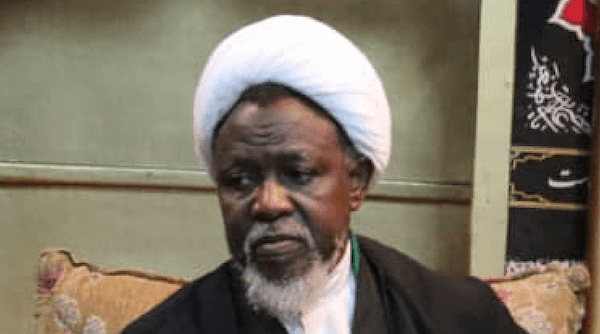 Justice Nkeonye Maha of the Federal High Court, Abuja, on Wednesday, fixed September 11 to hear a motion filed by the Islamic Movement in Nigeria, popularly called Shi’ites, asking the court to vacate the ex parte order it gave on July 26 proscribing its activities in the country.

The Solicitor General of the Federation, Mr Ayo Apata, SAN, had applied for more time.

Counsel to the IMN, Mr Femi Falana, SAN, did not oppose the request either.

The court had, upon an ex-parte motion by the office of the Attorney General of the Federation, also declared the group a terrorist organisation.

The IMN, in a notice of motion filed, on August 2, by its lawyer, Femi Falana, SAN, particularly sought the court to vacate the “ex-parte order made on July 26, in Suit No: FHC/ABJ/CS/876/2019 between: AGF vs. IMN proscribing the existence and activities of the group in Nigeria under whatever form, either in groups or as individuals by whatever names they are called or referred to.”

“This honourable court on July 26, pursuant to an ex parte application brought by the IMN made an order, inter alia, proscribing the existence and activities of the group in any part of Nigeria under whatever form, either in groups or as individuals by whatever names they are called or referred to without affording the Respondent/Applicant the right of fair hearing.

“The said order of the honourable court breached the fundamental right of all members of the IMN in Nigeria to fair hearing guaranteed by Section 36 of the 1999 Constitution (as amended) and Article 7 of the African Charter on Human and Peoples’ Rights (Ratification and Enforcement) Act, Laws of the Federation, 2004 in that no fair hearing was granted the applicant/respondent before the order was made.

“The order ex parte granted by this honourable court has violated the fundamental right of members of the Respondent to freedom of thought, conscience and religion guaranteed by Section 38 of the Constitution of the Federal Republic of Nigeria, 1999 as amended.

“The order ex parte granted by this honourable court has breached the fundamental right of the members of the respondent to freedom of assembly and association guaranteed by Section of the Constitution of the Federal Republic of Nigeria, 1999 as amended.

“The honourable court did not grant the declaration ‘that the activities of the IMN in any part of Nigeria amounts(sic) to acts of terrorism and illegality,”’ the group said.

The Federal Government had, July 29, published the order in its official gazette as directed by the court.