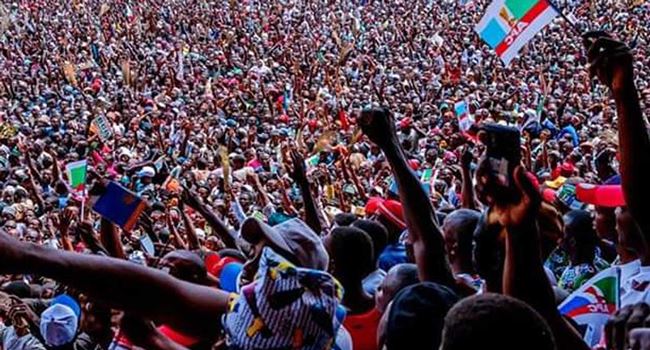 A High Court in the Federal Capital Territory (FCT) has ordered the All Progressive Congresses (APC) in Imo State not to go ahead with the congresses scheduled to hold in the state on Saturday (today) pending the hearing of a suit brought before it by the applicant, Okey Anyikwa.

Justice of the court, Valentine Oriji, threatened to invalidate the outcome of congresses if the party disregards the position of the Court and goes ahead with its plan.

Oriji had on Friday ordered that all actions regarding the APC congresses in the state should be stayed, pending the hearing of the application slated for August 10.

Similarly, in Bayelsa State, there was confusion over the restraining order slammed against the party by a State High Court to stop the conduct of the ward Congress into the 105 wards of the state.

However, the factions of the party loyal to both the Minister of State for Petroleum Resources, Chief Timipre Sylva, and Former Minister of State for Agriculture and Rural Development, Senator Heineken Lokpobiri declared their readiness to go ahead with the congress despite the court order.

The Bayelsa State High Court sitting in Yenagoa had on Friday in a motion Ex-Parte filed by some aggrieved members of the party in the state, Ompadec Victor, Esuenifen Obi, and Seimiegha Ebibofe Agbozu sought the court’s interim injunction stopping the conduct of the ward congress in the state.

In the suit marked YHC/07/2021, with the APC as the only respondent, the claimants asked the court to restrain the party’s Caretaker/Extraordinary Convention Committee from assigning or conducting congress to elect state, local government, and ward party leaders in the state, until the determination of the motion on the notice already before the court.

The Court adjourned the hearing on the motion ex-parte to August 9, 2021.

Meanwhile, Ripples Nigeria learnt that the two factions of the party led by Sylva and Lokpobiri respectively, are busy at their two parallel secretariats preparing for the ward congresses in the 105 wards of the state.

It was reported that at the APC secretariat at Bay Bridge, the participation forms had been distributed to each ward, filled by candidates, and submitted to the secretariat.

Tension in Enugu APC over alleged hijack of congress materials