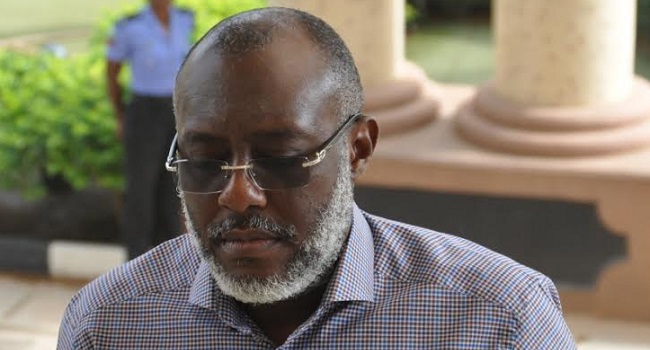 Efforts by a former national publicity secretary of the Peoples Democratic Party (PDP), Olisa Metuh, to stop his alleged fraud trial before the High Court of the Federal Capital Territory (FCT) in Maitama, Abuja has ended in futility.

The court rejected a no-case application made by Metuh in his trial for alleged destruction of evidence while he was being investigated by the Economic and Finance Crimes Commission (EFCC) concerning the purported looting of funds meant for the purchase of arms and ammunition during the President Goodluck Jonathan administration.

The court presided over by Justice Ishaq Bello, in his ruling on the matter on Thursday, refuted the no-case application and ordered Metuh to enter defence in respect of the prima facie case already established against him by the prosecution, led by Sylvanus Tahir.

Justice Bello said that the “view of this court” after reviewing arguments by parties, “is that the application for a no-case submission is lacking in merit. It is hereby dismissed.”

The EFCC is prosecuting Metuh, alongside his company, Destra Investment, on a seven-count charge, for alleged diversion of N400 million he received when Sambo Dasuki was the National Security Adviser (NSA).