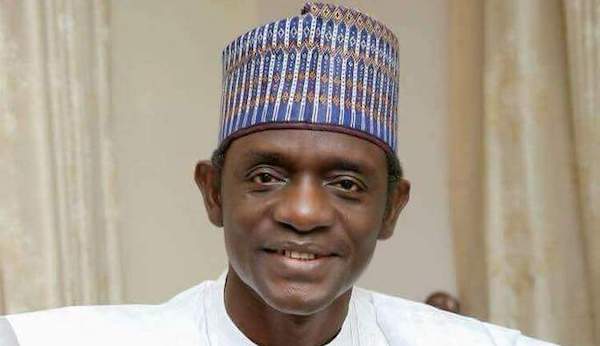 A court on Friday gave the All Progressives Congress (APC) the green light to go ahead with its national convention, as it dismissed an application which had sought to stop the event.

A court on Friday gave the All Progressives Congress (APC) the green light to go ahead with its national convention, as it dismissed an application which had sought to stop the event.

The ruling was pronounced at the FCT High Court in Kubwa by Justice Bello Kawu.

However, Justice Kawu vacated an interlocutory injunction made on Nov. 18, following the defence counsel, Shuaibu Aruwa, SAN’s application for the court to set it aside.

Kawu vacated the order relying on the recent Supreme Court decision which held that a party member does not have the right to take the party to court.

Nonetheless, the case was adjourned until March 30 for hearing of the substantive suit.

Aruwa had moved a motion seeking the setting aside of the interlocutory order and striking out the suit on want of jurisdiction.

He said the application was supported by a five paragraph affidavit and a written address and adopted all the processes.

The defence counsel added that the claimant counsel, Mike Enaharo-Ebah did not file any process to counter his application.

In response, Enaharo-Ebah said Aruwa served him on March 11 and his seven days had not relapsed.

He however asked the court to reconsider an application to adjourn in other for him to file counter affidavits.

Earlier, Enaharo-Ebah moved a motion dated March 10 pursuant to order 43 rule 1 of the rules of the court, seeking an order of the court setting aside the hearing notices of parties of this suit seeking abridgement of time of March 15 against March 30 for hearing.

”The second prayer is an order of the court setting aside every step taken by the APC and Buni for the fixing of March 26 for its convention.

”Third is setting aside every committee inaugurated by the APC and the report of such committees including any notice of purported notice of INEC.

“The application is supported by a five paragraph affidavit and one exhibit attached, which is the order of the court made on Nov. 18, 2021 restraining APC from proceeding with its convention pending the determination of the suit,” he said.

In response Aruwa said he filed a five paragraph counter affidavit and relied on all the paragraphs attached is a letter written by APC and Buni, communicating the former claimant counsel and himself.

The counsel to INEC, Alhassan Umar, SAN,aligned himself to Aruwa’s submission. He referred the court to order 43 rule 8 of the rules of the court adding that the change of date was based on terms agreed by parties.

PDP hints at opposition to zoning, as stakeholders’ interests grow