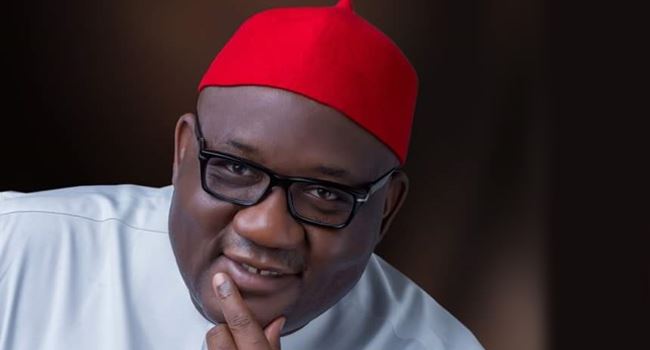 An All Progressives Congress (APC) senator, Ben Uwajumogu, has relished the ruling of the Abuja Federal High Court, which ordered the Independent National Electoral Commission (INEC) to issue him certificate of return as the duly elected senator for Imo West senatorial district.

He has therefore urged INEC to speedily comply with the court order without wasting time in order to allow him serve the people of his constituency at the 9th Senate.

Uwajumogu, who represented his constituency at the 8th Senate, has had to resort to the court to continue as a senator in the 9th Senate, after INEC refused to issue him a certificate of return on the allegation that the electoral process in Imo North was marred by irregularities.

INEC took the decision despite the fact that its Returning Officer had announced the senator as the winner of the election in his constituency.

The senator had therefore dragged the matter to court and prayed for an order compelling INEC to issue him Certificate of Return, having been announced winner.

Ruling on the matter on Friday, the presiding judge, Justice Taiwo Taiwo, ruled “The Independent National Electoral Commission does not have the power and right under any law in Nigeria to review or otherwise deal with any question related or connected to the declaration and return of the applicant for the Imo North Senatorial District election after the returning officer had taken a decision”.

Reacting on the ruling the senator said, “I am highly elated with the declarative order compelling INEC to issue me Certificate of Return. I give glory to God. However, I would expect INEC to swiftly comply with the order without wasting time to allow me serve the good people of Imo-North in the Red Chambers”.