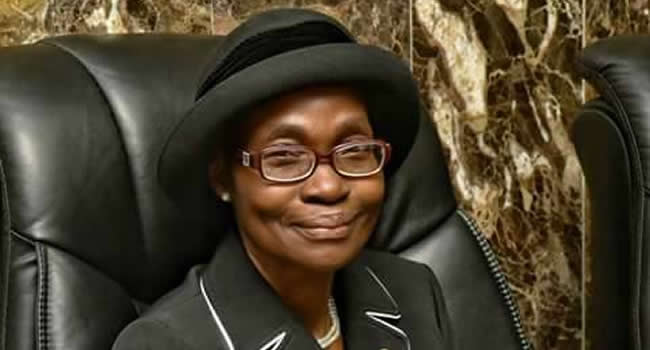 A Federal High Court in Abuja has voided the steps taken by the Ondo State Governor, Attorney General, and House of Assembly to probe allegations of official misconduct raised against the Chief Judge of the state, Justice Oluwatoyin Akeredolu.

A relative of the Chief Judge, Olupelumi Fagboyegun, had in a video that went viral on social media accused her of abusing her office and influencing his prolonged detention.

In a judgment on Thursday, Justice Inyand Ekwo upheld Justice Akeredolu’s case, noting that the governor, Attorney General, and House of Assembly, lacked the constitutional powers to engage in the probe of allegations of official misconduct made against the Chief Judge.

The judgment was in the suit marked: FHC/ABJ/CS/2016/2021 filed by Justice Akeredolu against the Ondo State Governor, the National Judicial Council (NJC), the Attorney General of the Federation (AGF), Ondo AG, the state House of Assembly and the Inspector General of Police (IGP), alleging that the Ondo governor, AG and House of Assembly were plotting her removal from office.

In his judgment, Justice Ekwo held that no law empowers the Ondo AG or the state government to investigate allegations of official misconduct against the state’s Chief Judge.

He maintained that only the NJC has power under the Constitution to probe allegations of official misconduct against any judge.

Meanwhile, the judge granted an order of perpetual injunction, restraining all the defendants from further taking any steps about the case.

EFCC boss, Bawa, explains why his predecessors were ‘disgraced’ out of office