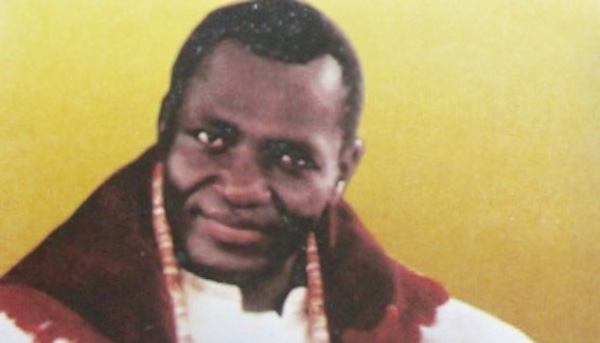 A clergyman, Archbishop Samson Benjamin has called on world bodies to probe the emergence of the Covid-19 virus from Wuhan, China.

Archbishop Benjamin, who is the founder of the Resurrection Praise Ministry said an investigation into the outbreak of the disease became necessary since China was making moves to benefit from it economically.

He therefore called on the United Nations (UN), the World Health Organisation (WHO) and other relevant global authorities to take another look at events surrounding the outbreak of the Covid-19 disease, and how China has positioned itself to benefit from the pandemic economically.

The UN, he further said, may need to place sanctions, or embargoes on products from China, especially face masks, and other protective gears coming out of that country, and meant for export to other countries for the fight against the pandemic.

He said, “there’s something fishy about this disease, the path it has taken, and how China may emerge the greatest beneficiary after the world recovers from it”.

A recent report by the New York Times has noted that as hospitals and governments hunt desperately for respirators and surgical masks to protect doctors and nurses from the coronavirus pandemic, the world depends on China to make them, and the country is only beginning to share.

The report said “China made half the world’s masks before the coronavirus emerged there, and it has expanded production nearly 12-fold since then. But it has claimed mask factory output for itself. Purchases and donations also brought China a big chunk of the world’s supply from elsewhere.

“Now, worries about mask supplies are rising. As the virus’s global spread escalates, governments around the world are restricting exports of protective gear, which experts say could worsen the pandemic.

That has put growing pressure on China to meet the world’s needs, even as it continues to grapple with the coronavirus itself”.

On his part, Archbishop Benjamin, who is also the founder of the Foundation for World Peace and Conflict Resolution, contended, that the genesis of this virus ravaging the world may just be a supremacy battle between China and other world powers, adding, that China has been making moves over the last few years to dominate the economies of some countries in the Caribbean, Asia and Africa.

“This virus may have been let out intentionally or mistakenly, but I know that China knows more about this covid-19 virus than they are letting the world know, and the casualty figures so far may be far higher than each country is making the world believe”.

“It is pertinent to note, that China has the highest number of new millionaires in the world lately, and this may just be a way for them to gain more economic ground around the world”, the Archbishop stated.