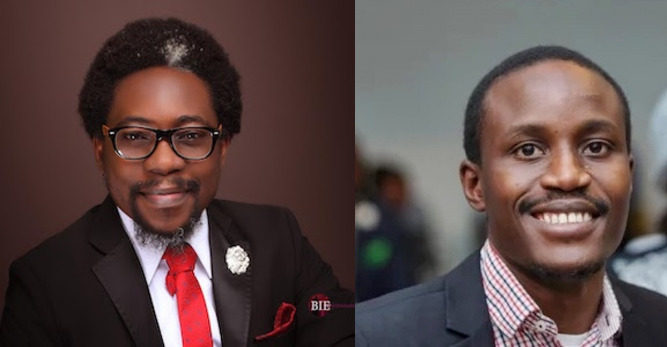 Human rights activist, Segun Awosanya, popularly known as Sega, and the President’s Special Assistant on Digital/New Media, Tolu Ogunlesi, on Thursday disagreed over the cost burden behind the Federal Government’s invitation of Chinese doctors to help tackle the coronavirus scourge in the country.

The rights activist had also blasted another presidential aide, Bashir Ahmad, for defending the arrival of Chinese doctors in the country.

Ogunlesi had on his Twitter handle -@Toluogunlesi – countered Awosanya on his tweet which suggested that “the federal government imported Chinese doctors in a bid to further impoverish Nigerians.”

Awosanya said: “It is official. We don’t have a government worthy of being called one. In their rabid bid to loot at the expense of an impoverished people besieged by the pandemic they went along to import Chinese doctors while Nigerians are being humiliated in China. Our government is worse than a plague!

However, in his response, Ogunlesi claimed the Nigerian government didn’t spend anything to bring in the doctors.

According to him, the Chinese doctors arrived in the country at the expense of the China Civil Engineering Construction Corporation (CCECC). Ogunlesi then pointed to the official release of CCECC confirming his claims.