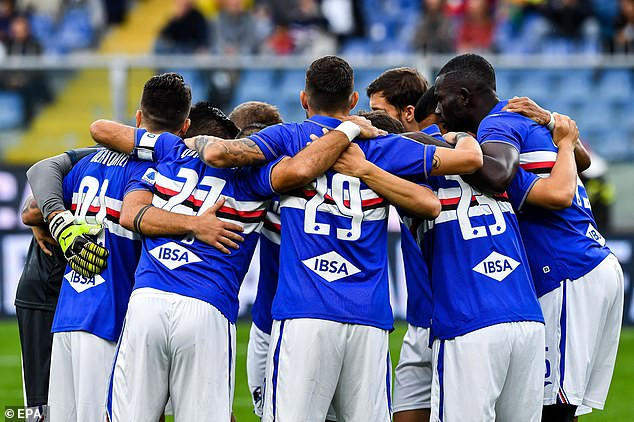 As the Serie A and other sporting activities are getting set to resume in Italy, not less than eight players from three topflight clubs have tested positive for coronavirus.

The league and other sporting activities had been put on hold in Italy since March due to the pandemic.

Four Sampdoria players, three Fiorentina players and one Torino player have all been reported positive within the past two days.

A statement from Sampdoria Friday read: “Four Sampdoria players have tested positive for coronavirus with one of them testing positive for the illness for a second time.”

In Fiorentina, three members of the club’s support staff were also tested positive for the disease.

In a statement, Fiorentina said: “The club has proceeded, as per protocol, to isolate those involved.”

The clubs however did not name the players who have tested positive.

Italy has begun to ease its restrictions after an eight-week lockdown.

Serie A clubs have returned to training but there has been no decision on when the league will resume.