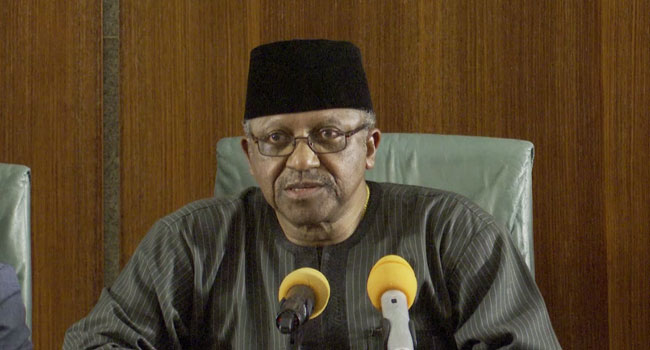 The Human Rights Watch has said that the continuous rise of COVID-19 cases in Nigeria has brought into focus the gaping holes in Nigeria’s healthcare system as well as the concerns about the government’s ability to respond to the pandemic.

This was stated by Anietie Ewang, Nigeria researcher at Human Rights Watch, in a statement the group made available to newsmen on Wednesday.

The group called on the Nigerian government to ensure that its response to the COVID-19 pandemic is rooted in respect for human rights by ensuring access to standard health care services, clean water, and other basic necessities to the most vulnerable communities.

It added that the services should be available on an equitable basis to those in low-income neighborhoods and Internally Displaced People’s (IDPs) camps.

As at Tuesday March 24, Nigeria recorded 46 confirmed coronavirus cases, which remained a sharp increase from eight cases it recorded last week. There are currently eight cases in Abuja, the Federal Capital Territory, and 29 in Lagos, the country’s commercial hub. One death has been recorded, and two of the 46 patients have fully recovered.

Meanwhile, there are concerns that the actual number of cases most likely, could be much higher. This is especially as there are still limited testing points.

“The rise in COVID-19 cases brings into focus the gaping holes in Nigeria’s healthcare system and concerns about the government’s ability to respond to the pandemic,” said Anietie Ewang, Nigeria researcher at Human Rights Watch.

“At this critical time, the authorities need to provide timely and accurate information on the country’s preparedness and address inconsistencies that may increase the vulnerability of its citizens, especially those most at risk.

“On March 18, Tedros Adhanom Ghebreyesus, the director-general of the World Health Organization (WHO), stated that the number of cases in Africa was most likely higher than reported, and urged African countries to “wake up” to the threat posed by the virus. WHO had previously highlighted the threats posed by COVID-19 in Africa, given the shortcomings in health systems in the region, and implored countries to invest in emergency preparedness.

“Nigeria’s healthcare system is plagued with chronic underfunding and limited infrastructure. The government repeatedly falls short on its 2001 commitment under the Abuja Declaration to spend at least 15 percent of its budget on health. In 2018, only 3.9 percent was allocated, and in 2020, this marginally increased to 4.5 percent. According to the Nigerian Medical Association, the country has only about 40,000 doctors to provide care for an estimated population of almost 200 million. The physician-to-patient ratio, according to the WHO, is one doctor for 2,500 patients. The WHO recommended ratio is one doctor per 1,000 patients, meaning Nigeria has less than half the doctors it should to adequately respond in a non-crisis situation.

“The Nigerian government has taken some important steps to curb the spread of the virus, including by responding quickly to the country’s first known case and employing extensive efforts to trace other suspected cases or people who may have come in contact with the initial cases. The government also undertook extensive documentation and health checks for passengers entering the country before the March 20 ban on international travel. Since March 18, the authorities in various states and in the Federal Capital Territory began shutting down schools and banning large gatherings. The government has also provided daily updates on the epidemiological situation and response.

“However, the rise in the number of registered cases in recent days, after weeks of relatively few reported cases, is a worrying sign that the authorities must prepare to respond to the worst of the crisis.

“With only five testing laboratories in the country, three of them in Lagos, the capacity for quick testing is limited and currently only available to those who have recently traveled internationally or had contact with those confirmed or suspected to have the virus.

It remains unclear how well-equipped hospitals are to treat a large influx of people with the virus. Shortages of ventilators to help patients breathe have been recorded in other countries responding to the virus,” Human Rights Watch said.

Related Topics:COVID-19Human Rights Watch
Up Next