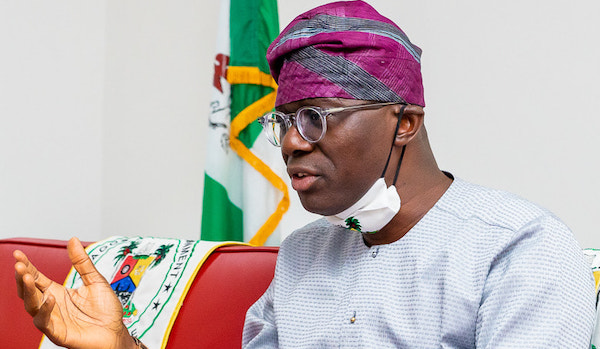 The government of Lagos State has said that the results of its online polls would not be sole determining factor to decide if the state would be locked down again over COVID-19.

This was stated by the Permanent Secretary, Ministry of Information and Strategy, Mr Olusina Thorpe, in a statement on Thursday.

He said that the government would look into some other factors to decide whether to impose another lockdown in the state or not.

After the over one month lockdown on the state and others was lifted recently, the state government, put up polls on social media for residents to vote whether or not there should be another lockdown, since many people were still testing positive to the virus.

The state governor, Sanwo-Olu had also decried residents’ disregard of directives from the Nigeria Centre for Disease Control (NCDC) to curtail the spread of the virus.

The governor vowed that he would order a fresh lockdown of the state if residents continued to disregard COVID-19 safety measures.

But in the statement on Thursday, Thorpe said that the initiative was introduced as part of the inclusive strategy of the state Governor Babajide Sanwo-Olu-led administration to carry the masses along and entrench participatory governance.

He said, “Yes, we agree that the decision of the government on another statewide lockdown should not be solely based on the outcome of the polls, but criticisms that had trailed the issue will make the government feel the pulse of the masses being governed.

“As evident on the three social media platforms, some of the online users voted in favour of another lockdown while some voted against it and a few others remain neutral.

“On our Facebook as at Thursday morning, those who voted against fresh lockdown are more than those who voted in favour of it. While on Twitter, the reverse was the case.”

According to Thorpe, with the wide exposure of the masses to the social media, the value of online survey could not be undermined in the decision-making process.

READ ALSO: No conclusions yet on ‘strange’ deaths in Kano State —Nigerian govt

“This was especially when such decision affected the populace, hence the need to also know what the masses felt about the issue of the lockdown,” he said.

Thorpe, who called for patience on the final outcome of the mater, assured that whatever decision taken by the government at the end would represent the views of the majority, especially the vulnerable.