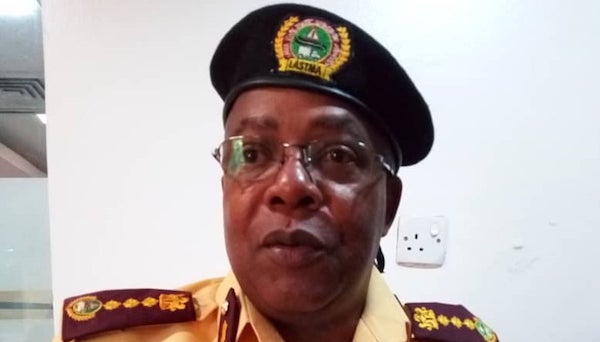 The Lagos State Traffic Management Authority (LASTMA) said on Tuesday it had impounded over 100 vehicles that violated the state government’s social distancing directive.

The General Manager of LASTMA, Mr. Olajide Oduyoye, who disclosed this to journalists, blamed the transport unions’ management for not sensitizing their members well.

He said: “What we noticed is that the transport unions and bus park managers are not passing the message of a maximum of two passengers per row in their buses; and that needs to change.

“While we corrected and educated no fewer than 200 drivers on Monday, it gives concern that the citizenry, in general, were interested in getting to their destinations more than their health and existence.

“They failed to ask themselves real questions: This journey I want to embark upon, what value is it to me or my life? Can it wait? Can it be achieved in order ways than travelling on the road?

“Meanwhile, LASTMA was able to arrest over 100 vehicles, particularly commercial bus operators for violating the physical distance directive of the government.”

Oduyoye said the directive on the minimum physical distancing in the buses had not sunk into the hearts of the operators.

He added: “It was more unfortunate to see many commuters fighting and arguing that three passengers on a row of danfo (commercial buses) should be allowed, even when the distance between passengers is like four inches only.

“Many parents were also out with their children, without face masks. It’s scary, to say the least.”

Returned $311m Abacha loot to be used for infrastructure —Presidency