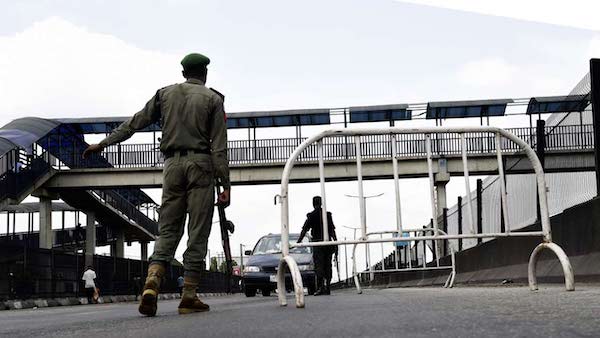 The Lagos State Police Command has arrested seven interstate commercial buses with its 95 passengers, and 39 strippers who violated the lockdown and social distancing directives of the government.

The buses loaded passengers at Ebutte-Metta and were transporting them to different parts of the country.

The state police spokesperson, Bala Elkana, said in a statement on Sunday that the offenders were arrested at Idimu area of the state.

“On 24/4/2020 at about 0130hours, acting on credible intelligence, operatives from Idimu Police Station arrested 39 suspects in a hotel at Idimu, for clubbing and striptease. This is in total violation of the lockdown order and social distancing regulations,” Mr Elkana said.

“The buses were impounded, the drivers and passengers were charged to Mobile Court and sentenced accordingly.

“In addition, 211 violators of lockdown order were arrested in different parts of the state and also charged to Court,” Mr Elkana said.