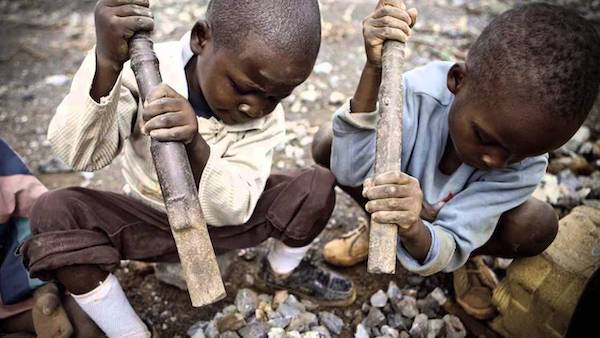 The International Labour Organisation(ILO) and UNICEF said on Friday millions of children risked going into child labour as a result of the COVID-19 crisis that had affected the world globally.

The ILO Director-General, Mr. Guy Ryder, and UNICEF Executive Director, Ms Henrietta Fore, said this in Abuja at a ceremony to mark the 2020 World Day against Child Labour.

The theme of this year’s anniversary is:

“COVID-19, Protect Children from Child Labour Now More than Ever”.

Ryder said a joint ILO-UNICEF new report titled: “COVID-19 and Child Labour: A Time of Crisis, a Time to Act” had been released.

He said the report focused on the impact of COVID-19 on child labour and the elimination of child labour by 2021.

The ILO chief said the report looked at some of the main ways through which the pandemic was likely to affect progress towards the eradication of child labour.

According to him, the report shows how the pandemic can lead to rise in child labour after 20 years of progress made to minimise the act

He said that child labour decreased by 94 million since 2000, adding that the gain was now at risk due to COVID-19 pandemic.

Ryder said the global estimates in 2017 showed that 152 million children were in child labour worldwide.

“Children already in child labour may be working longer hours or under worsening conditions.

“More of them may be forced into the worst forms of labour, which causes significant harm to their health and safety.

“As the pandemic wreaks havoc on family incomes, without support, many may resort to child labour.

“Social protection is vital in times of crisis, as it provides assistance to those who are most vulnerable.

According to him, some studies have shown that one percent point rise in poverty leads to at least a 0.7 percent increase in child labour in certain countries.

Also, Ms Fore said that in times of crisis, child labour became a coping mechanism for many families.

She said as poverty increase, schools closed and the availability of social services decreased as more children would be pushed into the workforce.

Why we disqualified Obaseki, two others —APC

LATEST TECH NEWS: Tesla in race to be world’s most valuable car maker. 4 other things and a trivia you need to know today, June 12, 2020