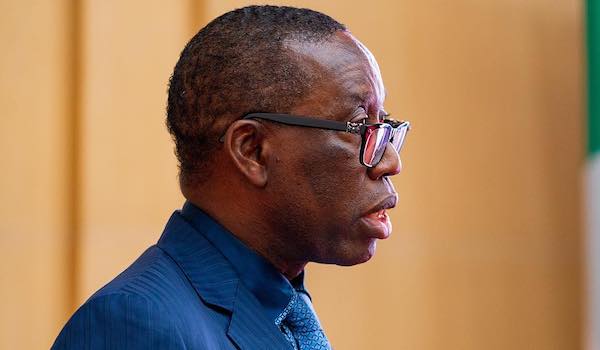 The National Economic Council (NEC) said on Thursday it would hold further discussions with the Presidential Taskforce on COVID-19 on the reopening of the economy and schools.

The Delta State Governor, Ifeanyi Okowa, stated this while briefing State House correspondents at the end of the virtual NEC meeting presided over by Vice President Yemi Osinbajo at the Presidential Villa, Abuja.

Okowa said the council took the report on the interface between NEC’s Adhoc Committee and the PTF on the ease of the lockdown and reopening of the economy.

He said: “A lot has been done because we have had several meetings with the PTF and our inputs have been taken in the briefings to the president and the guidelines have been released.

“Currently, both the formal and informal sectors of the economy have gradually been reopened apart from a few segments that still need to be discussed and we have also realised that the rural areas have also been opened to farming activities.

“And we have also in the course of our discussion agreed on the need to open the interstate borders to travels which also means travels by both road and train services is now possible and domestic flights are supposed to have resumed from Wednesday, July 8.’’

According to him, there were still other sectors of the economy that may not be opened until after further discussions between NEC and PTF.

The governor said the interface also discussed the issue concerning the reopening of worship centres in many states of the federation, including the Federal Capital Territory.

“Worship centres have been reopened with good protocols to be put in place which ought to be monitored by the various states and the FCT.

“So, a lot is actually being done; we talked about the issue of opening up schools but this will be further be discussed later today following the press briefing that was given by the Minister of Education.

“So, we will be meeting with the PTF on COVID-19 this evening at 8:00 p.m. to further discuss issues surrounding the opening of schools but the economy is open now apart from restrictions to international travels and restrictions to sporting activities.

“The other course that had to be stood down is the resumption of higher institutions and other classes aside the graduating classes and also in the work place.

“In the work place, there are still some restrictions; not all civil servants are allowed to come to work because of the likelihood of crowding; so that is being further discussed in various states.

“I do know that civil servants in various categories are allowed to come but not the totality of the workforce.’’