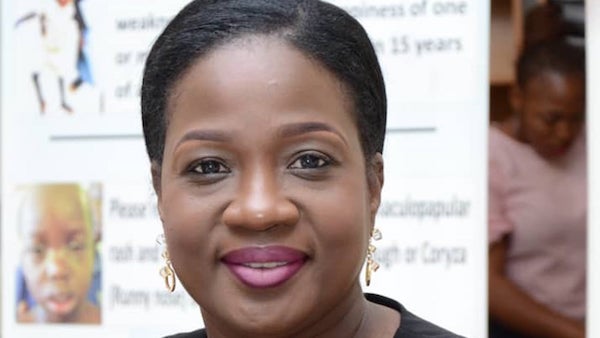 The Ogun State House of Assembly Wednesday summoned the state Commissioner for Health, and her Special Duties counterpart, Dr. Tomi Coker and Mr. Femi Ogunbanwo respectively, over efforts to halt the spread of COVID -19 in the state.

The two commissioners are expected to appear before the lawmakers on Friday.

The motion was moved by the Majority Leader of the House, Mr. Yusuf Sherif during the plenary in Abeokuta and seconded by the Chairman of the House Committee on Health, Adegoke Adeyanju.

The Speaker, Olakunle Oluomo, said Coker and Ogunbanwo were invited to brief the House on the efforts of the state government so far in reducing the spread of the virus in the state.

The commissioners, according to Oluomo, will also explain to the House on how the government palliatives were being distributed to the citizens.

He noted that the House required more information on the activities of the state government on COVID -19.

Related Topics:commissionersCOVID-19Ogun Assembly
Up Next