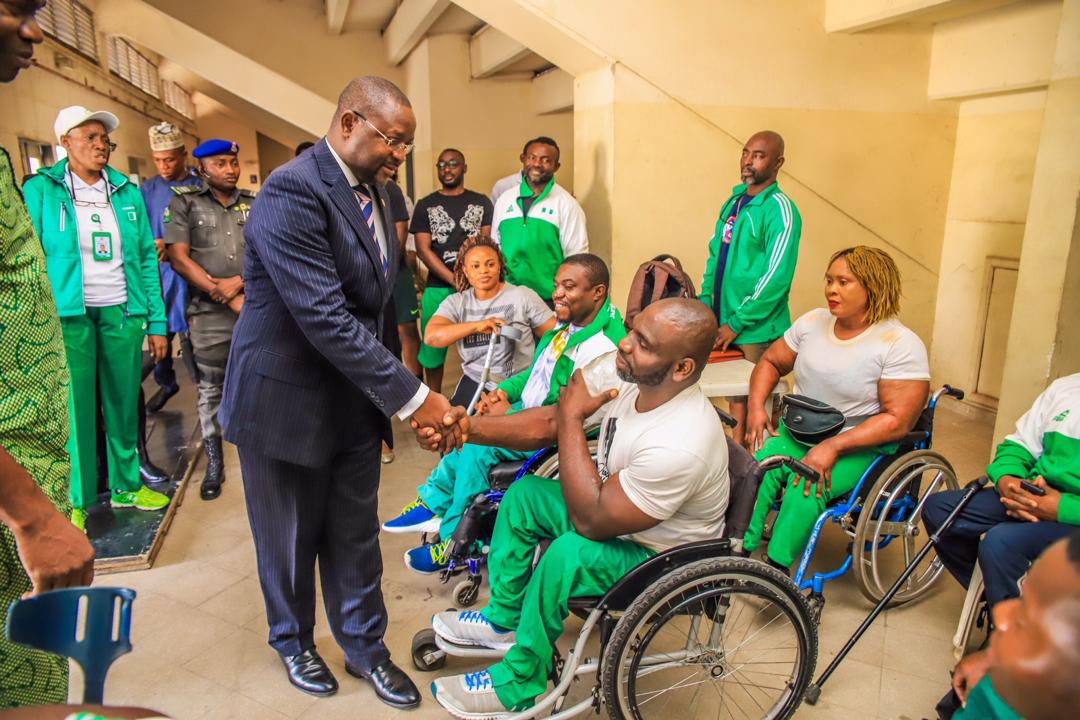 Nigerian athletes will each get the sum of N50,000 as a relief fund to cushion the effect of the coronavirus pandemic ravaging the world at this time.

Sporting activities, including the biennial National Sports Festival initially billed to hold two months ago, had been suspended until further notice, putting most athletes out of job.

In a bid to support these athletes during this time, the Minister of Youth and Sports Development, Sunday Dare, has ordered payment of funds into their accounts, according to a statement from his office.

The payments were made from the N10m donation by the Chairman of Remo Stars, Kunle Soname, and the N1m from an unnamed Nigerian as take-off of the athletes’ relief fund.

The statement added: “The sum of N50,000 is being paid into the direct account of each of the athletes from the Central Bank of Nigeria account of the Ministry of Youth and Sports Development.

“It would be recalled that the minister had floated a relief fund for the athletes whose sources of earnings had ceased as a result of the pandemic, following the suspension of all major sporting events in the world.

“The World Athletics Governing body two days ago also took a cue from the Nigerian example by floating a $500m appeal trust fund to assist athletes in the wake of the suspension of major sporting events around the world.”

The Ministry of Youth and Sports Development had also launched a campaign against drug abuse among young people during the lockdown.