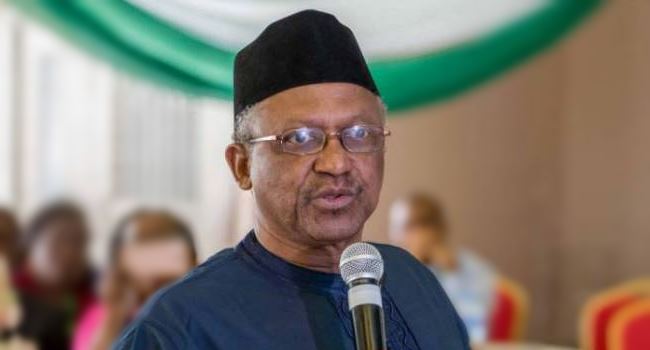 Nigeria’s Minister of Health, Dr. Osagie Ehanire on Friday gave reasons why Nigeria has not declared a travel ban on any country following the declaration of the World Health Organization (WHO) classifying the outbreak of Coronavirus as a pandemic.

According to the minister, the government has issued a travel advisory to Nigerians seeking to travel to restrict their movement in high-risk areas, adding that there was no need for travel bans given containment measures rolled out, including self-isolation and restricted movement.

Ehanire, who said the virus spread was having far-reaching economic implications on the global economy, noted that though there is the possibility of the virus spreading through land and sea border, he insisted that higher risk would be escalated through flights, saying that is why focus is at the nation’s international gateways as they can carry people quickly from these endemic nations.

He also called on the authorities in charge to provide space for isolation at the international gateways, adding that the Ministry of Health will advise the Federal Government and not embark on knee-jerk reactions since the world is also isolating itself since the outbreak of the virus.

“We have noticed a lot of things and first of all there is already self-restriction if you listen to stories of those travelling through Heathrow, they’d tell you that it’s almost empty, there is a reduction in passenger movement, airlines are cutting flights. So without banning anybody, there is already a restriction of movement in place without expressly banning this or that.

“Many airlines are discovering that if you take a flight that takes a certain amount of dollars to operate and you have passengers on board that give you only limited returns then that flight is not worth it, they cancel the flight, so a lot of flights are cancelled people are restricting themselves, so that self-restriction is in place without us doing anything.

“If you are fighting a battle, you should know where the real battle is and we are not saying there is no chance that the virus can slip in through our land and sea borders, but we are saying it is faster through the airports especially as connecting from those budding countries are easy.

“We are also saying we will not ban flights when it has not come to that we are advising Nigerians to delay or postpone travels to those high-risk countries except it is necessary and we are also enjoining countries of departures to carry out screening on passengers that leave their country so we will have a better chance at identifying the virus on arrival.

The minister further stated that Centers for Disease Controls (CDCs) worldwide are talking to themselves and Nigeria was able to identify and isolate a family of four from Washington who had contact with a case of the virus but that family has tested negative.