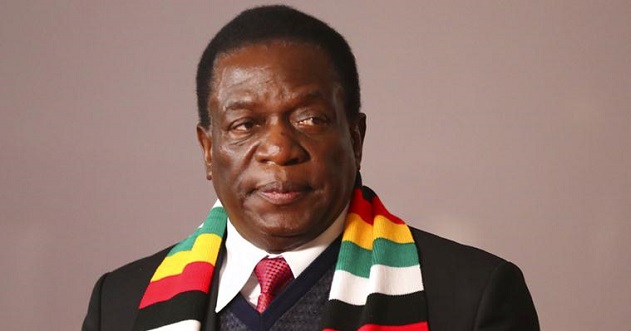 The President of Zimbabwe, Emmerson Mnangagwa has declared a nationwide curfew to stem the spread of the COVID-19 disease which has killed 26 people and infected nearly 2,000 others in the country.

While declaring the curfew on Wednesday, President Mnangagwa also ordered security forces to enforce a dusk-to-dawn curfew, stating further that the rule was necessary to bring the COVID-19 outbreak under control.

Under the new order issued by President Mnangagwa, which is with immediate effect, Zimbabweans are urged to stay at home except when shopping for essential food supplies or seeking health services.

This came days after the Zimbabwe Police Force confirmed in a statement that no fewer than 105,000 people have been arrested since March for violating regulations aimed at curbing the spread of COVID-19, in the country.

“Around 1,000 were arrested in the last two days for “unnecessary movement” or for not wearing face masks, the statement revealed.

Police say they also intend to step up efforts to enforce regulations arguing that many people have become complacent.

Drinking dens had opened and “beer-drinking binges” were being held in backyards, police said. “We’ll be arresting all these violators,” Police spokesman Paul Nyathi was quoted by state television as saying.

FUNTUA: Why can’t you be honest for once in your life, Sowore replies Buhari’s spokesman, Shehu