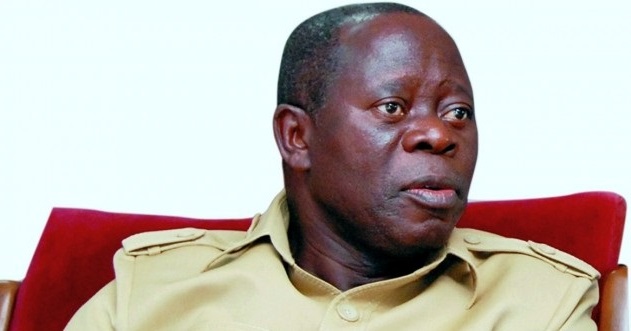 Shuaibu made the call in a letter dated May 27 and addressed to Oshiomhole, entitled: “APC: It’s fortune and misfortune, time to act!”

The APC Deputy National Chairman in the letter noted that Oshiomhole has failed to improve on what he met at the party, hence the need for him to step down as APC’s leader.

Shuaibu wrote thus in the letter addressed to Oshiomhole; “It is my honest opinion that your ability to ensure this party flourishes is deficient as you lack the necessary composure and you also don’t possess the capabilities and the requisite experience to run a political party.

“The respect was commanding among its members and sympathizers have been completely eroded, while the goodwill has equally evaporated with the type of attitude of threats to members you deploy, including senior members like Governor’s, Senators, Ministers and other Government officials whose functions do not fall within your jurisdiction.
“In advance democracies, people who fail to add value or build over and above what they met on assumption of duty show some civilized example, they honourably bow out.”