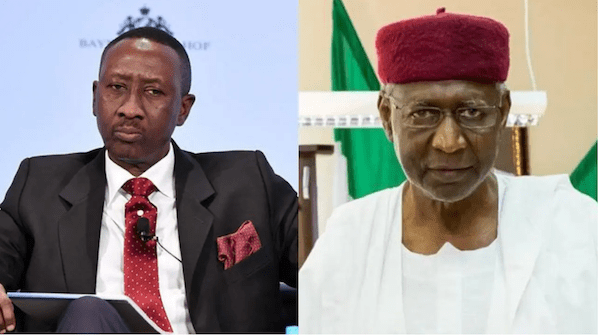 The National Security Adviser (NSA), Babagana Monguno, has accused the Chief of Staff of Staff to the President, Abba Kyari, of unwarranted “meddlesomeness” on matters of national security.

Following the development, Monguno has fired a warning memo to all service chiefs to desist from taking further directives from the President’s Chief of Staff.

In the memo dated December 9, 2019, the NSA accused Kyari of issuing directives to the service chiefs without the knowledge or approval of President Muhmmadu Buhari.

This development, according to him, added to the government’s inability to contain terrorism, banditry, kidnapping and other criminalities in the country.

He said: “Chief of staff to the President is not a presiding head of security, neither is he sworn to an oath of defending the country.

“As such, unprofessional practices such as presiding over meetings with service chiefs and heads of security organisations as well as ambassadors and high commissioners to the exclusion of the NSA and/or supervising ministers are a violation of the Constitution and directly undermine the authority of Mr President.

“Such acts and continues meddlesomeness by the chief of staff have not only ruptured our security and defence efforts, but have slowed down any meaningful gain that Mr. President has sought to achieve.”

Internal wrangling within President Buhari’s kitchen had long been subject of public speculation with casual reference made most political watchers to the existence of a cabal within the presidency. 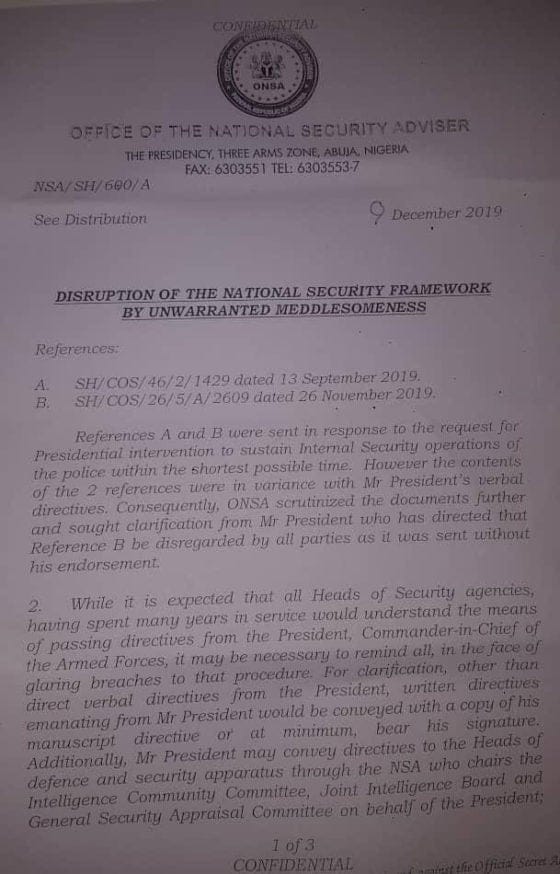 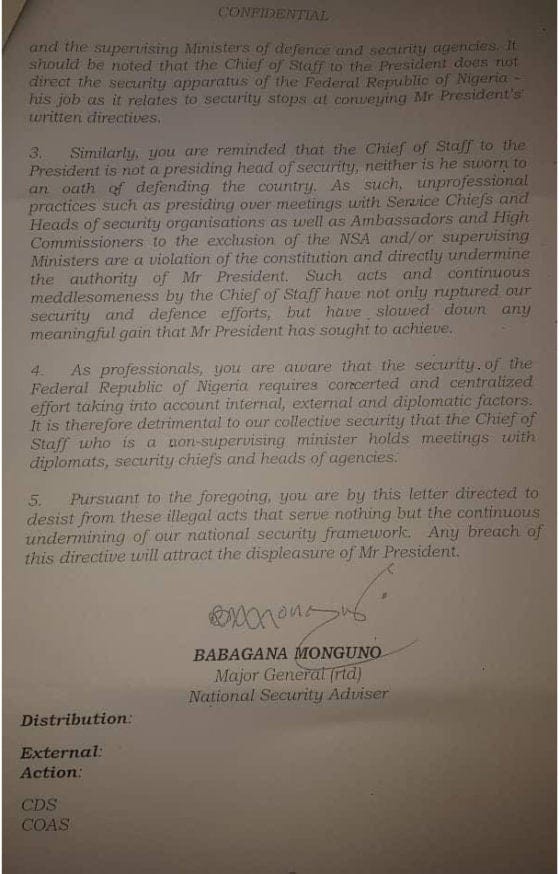