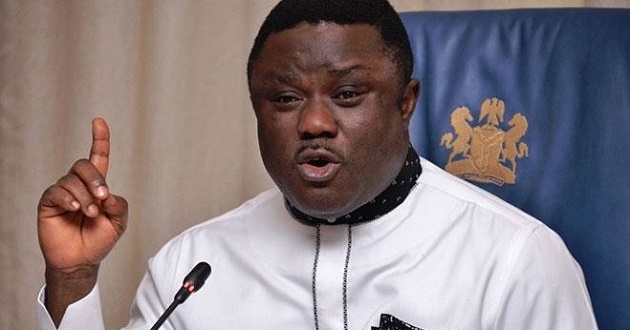 The governor of Cross River State, Ben Ayade has warned warring communities in the state to stop further clashes or face the wrath of government.

Speaking through the Chairman of the Administrative Panel on Insecurity in Odukpani Local Government Area, Mr. Victor Effiom at an interactive session with the warring communities on Friday, the governor said anyone that fails to heed to governments directive will face the law.

Governor Ayade also called on the warring Mbiabo,/Ediong,/Obomitia and Eki council wards during an interactive session with both communities to ceasefire and embrace peace and dialogue while waiting for government to settle the boundary issues among them.

“I wish to inform you that Senator Professor Ben Ayade the governor has been very worried about the communal crisis in our land and that is the reason why he set up this committee to mediate and bring a lasting peace to the area.

“I also want to inform you that the National Boundary Commission (NBC) will be sending a team to the state by 8th of next month to meet with warring communities with the aim to addressing the boundary issues among the various communities.

“In view of that, therefore; I call on you all to be open in your discussions and be determined in order for us to put an end to the needles killings going on in our land. we must learn to tolerate one another and live peacefully together,” the Chairman concluded.