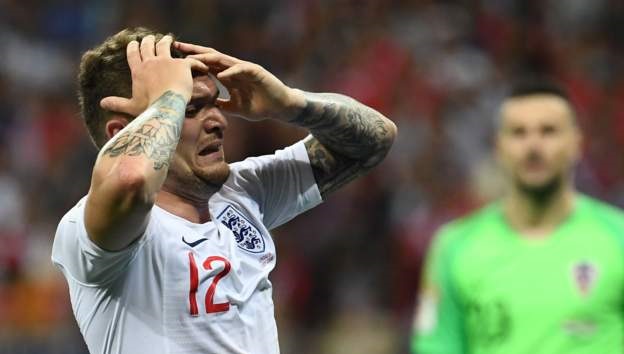 Croatia have set up a meeting with France in the final of the 2018 FIFA World Cup after coming from behind to beat England 2-1 on Wednesday night.

Mario Mandzukic netted the winner in the 108th minute to seal Croatia’s place in the final, as he fired in a left-footed shot from about six yards out to end England’s hope of winning the World Cup.

Kieran Trippier had curled in a free-kick into top corner in the 5th minutes to put the Three Lions ahead, before Ivan Perisic volleys in an equaliser in the 68th minute to send the match into extra time.

The semifinal match, played at the Luzhniki Stadium in Moscow, was Croatia’s first last-four appearance since 1998 and England’s since 1990.

England will now face Belgium in the third place match on Saturday, while Croatia will take on France for a go at the title on Sunday.